Meet Michael Mott Composer of In The Light, A Faustian Tale 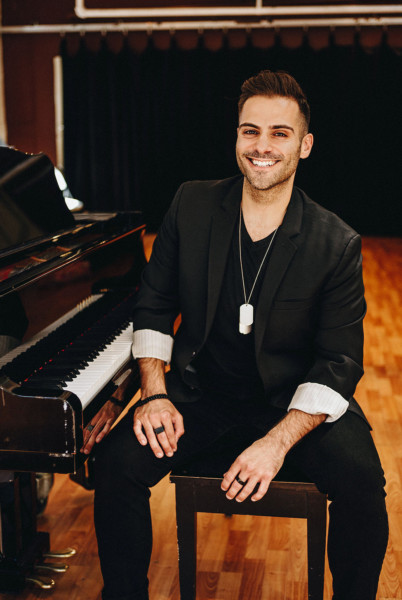 Meet Michael Mott Composer of In The Light, A Faustian Tale

Michael Mott is an internationally critically acclaimed award winning composer/ lyricist, songwriter and vocal producer living and working in NYC. Originally a performer, he appeared in numerous Off-Broadway, regional and national touring shows. In 2012 he decided to shift his focus to writing and was accepted into the prestigious BMI Lehman Engel Musical Theatre Writer’s Workshop. He been named one of Playbill’s “Contemporary Musical Theatre Songwriters You Should Know” and has won the Broadway World 2020 Cabaret Award for ‘Best Original Song’ for his piece Jingle My Bells written for The Boy Band Project.

Mr. Mott’s original musicals include In The Light, A Faustian Tale (book by Nathan Wright and Justin Silvestri), Mob Wife, A Mafia Comedy (book by Corey Skaggs), Lucifer (co-lyricist, Mike Squillante, book by Corey Skaggs) and Riding Out The Storm, a ten minute musical (book & lyrics by Christine Toy Johnson). He recently scored his first short film, Sundown, A Dance Short, which is currently circulating the indie film festival and is expected to be released commercially in 2021. He is currently composing the music and lyrics to two new original musicals.

Tonight at 5pm his show In the Light, A Faustian Tale performed by Jeremy Jordan, Bobby Conte Thornton, Solea Pfeiffer, Anne Fraser, and Aisha Jackson will be given an unveiling. It’s a centuries old story of power and greed, and now a new musical in development with a studio cast recording.

T2C had a chance to talk to this talented writer.

Suzanna BowlingJune 20, 2022
Read More
Scroll for more
Tap
Harry Potter And The Cursed Child Will Return to Broadway But as a One-Part Show
What to Watch: June 30