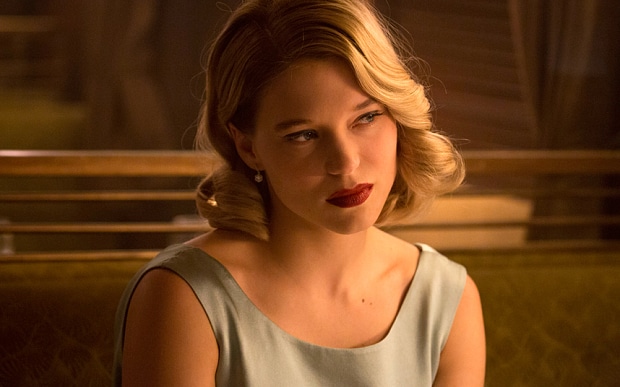 A breakdown was sent out to agents yesterday for the National tour of Moulin Rouge, but since Ms. Olivo quit, I have the perfect replacement.

[SATINE] Female, 30s, all ethnicities.
Satine is a star. Beautiful, glamorous, sexy, commanding. Fully aware of her worth. Wicked sense of humor and smart… But beyond this, our heroine has a deep humanity. She has suffered and her wounds are very close to the skin. Heartbreaking. Must be an incredible singer. Belt

Meet Lea Seydoux a French actress. She first came to attention after she received her first César Award nomination, for her performance in The Beautiful Person, and a second time for Belle Épine. Seydoux won the Trophée Chopard, an award given to promising actors at the Cannes Film Festival and was awarded the Palme d’Or at the Cannes Film Festival for her role as a lesbian art student in the critically acclaimed film Blue Is the Warmest Colour. That same year, she also received the Lumières Award for Best Actress for the film Grand Central and was nominated for the BAFTA Rising Star Award. She was also nominated for the César Award for Most Promising Actress for a second time for her role in Belle Épine (2010) and was nominated again for the César Award for Best Actress for her role as a lady-in-waiting to Marie Antoinette in the film Farewell, My Queen (2012).

Seydoux gained international attention for her appearance as Bond girl Madeleine Swann in Spectre and will reprise the role in No Time to Die this year.

Seydoux studied opera and music at the Conservatoire de Paris.

She has sung in several of her films.

Suzanna BowlingNovember 21, 2022
Read More
Scroll for more
Tap
Broadway Actors March On Broadway As Broadway Fights Back Against Decade Long Problem
What to Watch in The New Year: April 24