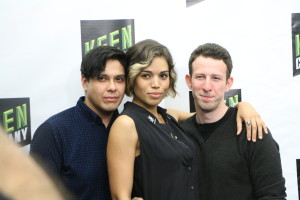 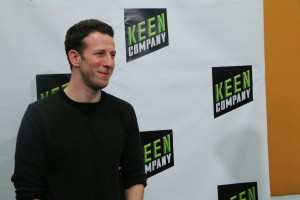 Nick Blaemire was born in Washington, DC. He grew up in Bethesda, MD, where he began doing theater at a young age, and continued until he was accepted to the University of Michigan’s music program, where he graduated in 2006. He subsequently moved to New York City until he got his first Equity job touring the country in Altar Boyz, an Off-Broadway musical spoof of boy bands. Blaemire recently appeared in The SpongeBob Musical in Chicago as Plankton. His previous New York credits include Godspell and Cry-Baby on Broadway and Found and Dogfight off-Broadway. He is also the composer of the musical Glory Days. Simultaneously, Nick wrote the music and lyrics for the original musical Glory Days, which played on Broadway at the same time as Cry-Baby. His career has continued to blossom with film and television roles and the opportunity to work with actors such as Lois Smith, Oliver Platt, Bruce Willis, Debra Monk, Larry Bryggman and other stage and screen legends. 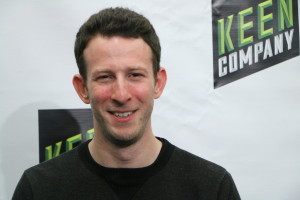 T2c was at the meet and greet and had a chance to see a preview and talk to Nick Blaemire  an extremely talented musician/actor/singer.

Suzanna BowlingJuly 28, 2022
Read More
Scroll for more
Tap
Aisle Say On The Square: The Majesty of Maestro
Paper Mill Playhouse Flaunt’s It With The Producers