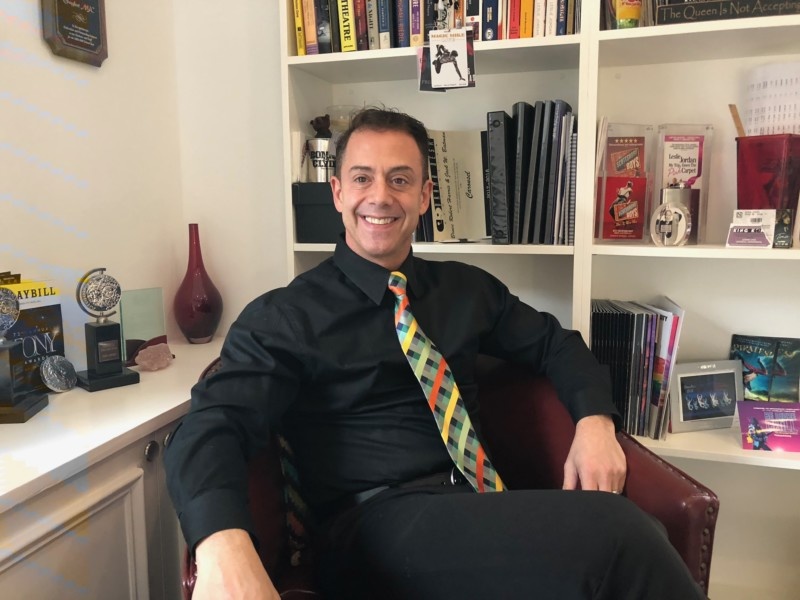 They won Tony’s for Clybourne Park and Pippin. Their shows Carousel, Present Laughter, Natasha, Pierre And The Great Comet 1812, On The Town, You Can’t Take It With You, Bonnie & Clyde, Nice Work If You Can Get it and The Scottsboro Boys all were Tony nominated. Other shows on their rooster include I Am Harvey Milk, Straight, Carrie The Musical, The 39 Steps Off Broadway, The Judy Show, By Jeeves, My Trip Down The Pink Carpet, The Rink (London), Puffs (Melbourne), plus the chance to produce some wondrous parties with Hollywood and Broadway royalty in attendance with even Hillary Clinton making a special appearance.

Perhaps he is the most proud that producer Daniel Rakowski has joined the team and their family.

T2C sat down with this prolific producer of Broadway to open our audience up the world of producing.