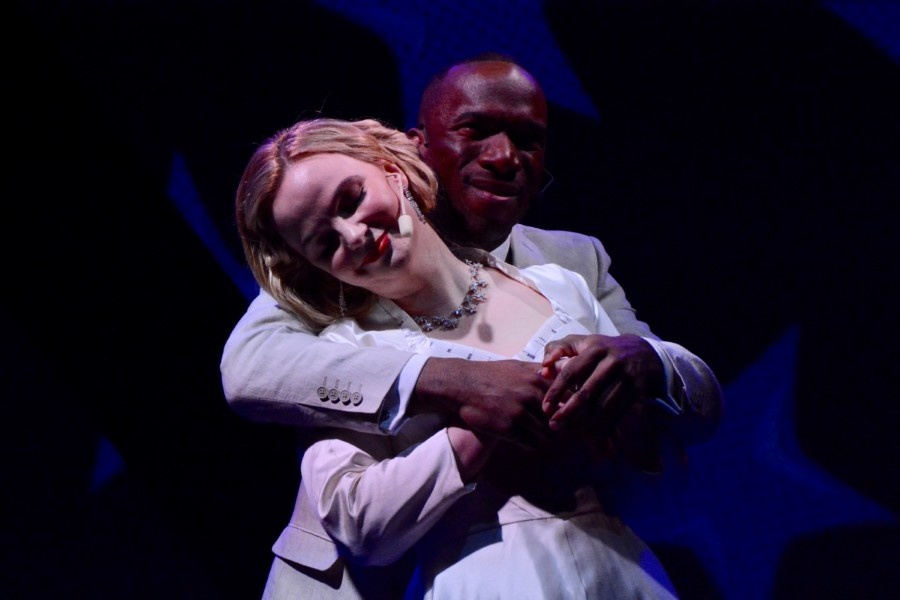 Sincerely, Oscar is a new musical highlighting Oscar Hammerstein’s journey to become Broadway’s greatest lyricist. The musical explores Oscar’s life in his words while showcasing over 30 of his greatest songs from shows like The Sound of Music, Show Boat, Oklahoma!, Carousel, South Pacific, Allegro and more. Working closely with Oscar Hammerstein’s grandson Will, the musical incorporates personal correspondence, unpublished lyrics, interviews and rare memoirs to give insight into Hammerstein’s legacy. Sincerely, Oscar utilizes state-of-the-art 3D holographic technology called IceMagic, with its imagery often referred to as a hologram. The visual effect is created through a specialized projection system and it is the first time this holographic technology will be implemented on the Off Broadway stage.

Sincerely, Oscar features scenic design by Jason Simms (Witness for the Prosecution; Hamlet), lighting design by David Pedemonti (signage and structures on The Lyric Theatre for Harry Potter and the Cursed Child), costume design by Dawna Oak (Disney on Ice; Ringling Brothers), sound design by Robert Balan (“Made In Chinatown”), and projection design by Brittany Merenda (Shrek The Musical). Lou Lanza (Opening Doors: A Jazz Tribute to the Doors, Corner Pocket) is the musical director and arranger and Joshua Godoy (Black Days; Golden State Pops Orchestra) did the string arrangements.

“Oscar Hammerstein was more than just a lyricist…his words provided hope and joy to generations,” said director Dugg McDonough. “We look forward to sharing the stories behind the lyrics.”