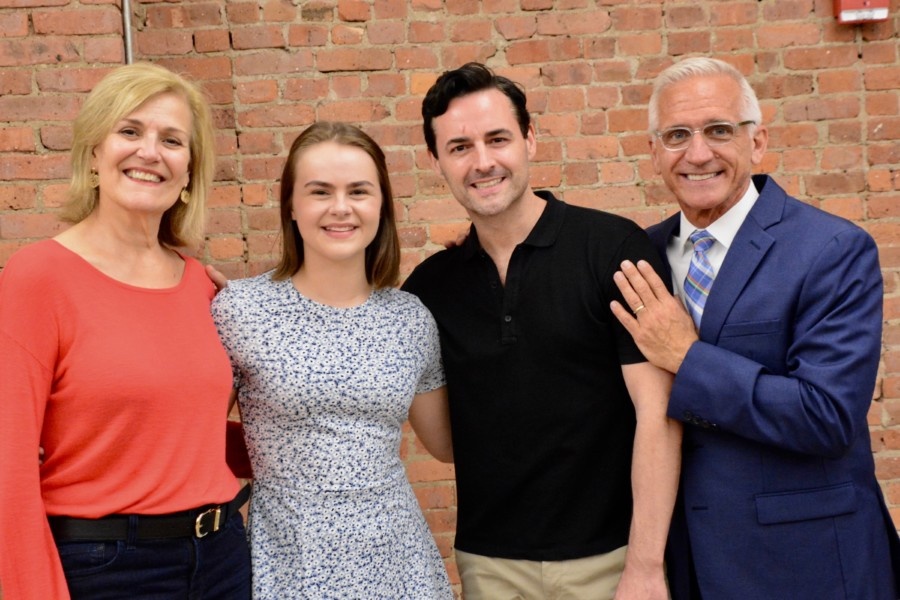 We meet Judy when she is just called Baby Gumm (Molly Lyons) sing with her sisters. Playing the younger characters are Sophie Knapp as Virginia Gumm and Violet Tinnirello as Shirley Temple. These three adorable young actresses won my heart.

Karen Mason (Mamma Mia!, And the World Goes ‘Round) plays the duel roles of Ma Lawlor and Kay Koverman assistant to Louis B. Mayer.

Before she burst onto the big screen as Dorothy in The Wizard of Oz, Judy Garlandwas a young vaudeville trouper named Frances Gumm. In this highly anticipated new musical chronicling Garland’s early career from vaudeville baby to MGM teen star in the making, the road to Oz is paved with adversity. At its heart a story of love between a father and daughter, featuring such legendary songs as “Over the Rainbow,” “You Made Me Love You,” and “Everybody Sing,”

Chasing Rainbows is a poignant coming-of-age tale about “the little girl with the big voice,” who went on to become one of the world’s most beloved entertainment icons. The show has already earned praise from Liza Minnelli, who said, “My mother said that her biography is in her music, and now a talented creative team is using that music to tell the story of her early years and her extraordinary rise to fame.”