Meet the Cast of Rodgers and Hammerstein’s Oklahoma!: Part 3 No Part Is To Small 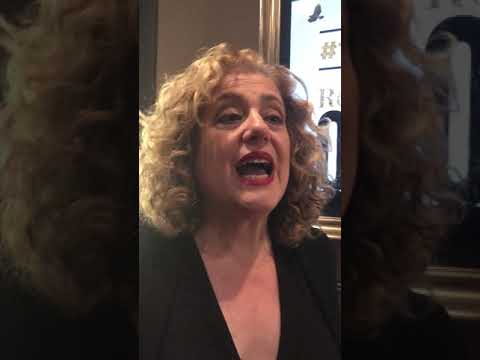 Meet the Cast of Rodgers and Hammerstein’s Oklahoma!: Part 3 No Part Is To Small

Mary Testa is a two-time Tony Award nominee, for performances in revivals of Leonard Bernstein’s On the Town and 42nd Street. Testa made her debut Off-Broadway at Playwrights Horizons as Miss Goldberg in William Finn’s one-act musical In Trousers, part one of his “Marvin Trilogy.”[She next performed in Finn’s March of the Falsettos, and later in Company, at Playwrights.

Her Broadway roles include Joyce Heth in Barnum, movie columnist Hedda Hopper in Marilyn: An American Fable, Angel in The Rink, Domina in A Funny Thing Happened on the Way to the Forum, Madame Dilly in On the Town (1998), Magdalena in Marie Christine, Maggie Jones in 42nd Street (2001–2002), the Matron in Chicago, Melpomene in Xanadu, General Matilda B. Cartwright in Guys and Dolls and Madame Morrible in Wicked.

She is a frequent collaborator with such acclaimed musical dramatists as William Finn (Infinite Joy, A New Brain, In Trousers) and Michael John LaChiusa (Marie Christine, See What I Wanna See, First Lady Suite), while also having appeared in the works of Stephen Sondheim, Kander & Ebb, Flaherty & Ahrens, and Leonard Bernstein. In addition to her show albums, Testa and Michael Starobin released the album, Have Faith.

Testa made her film debut in Going in Style, and has appeared in numerous movie and television roles.[

Gabrielle Hamilton is making her Broadway debut in Oklahoma. She has the dream ballet all to herself as a modern solo dance. There is not much on this performer, but we did find this fabulous dance reel.