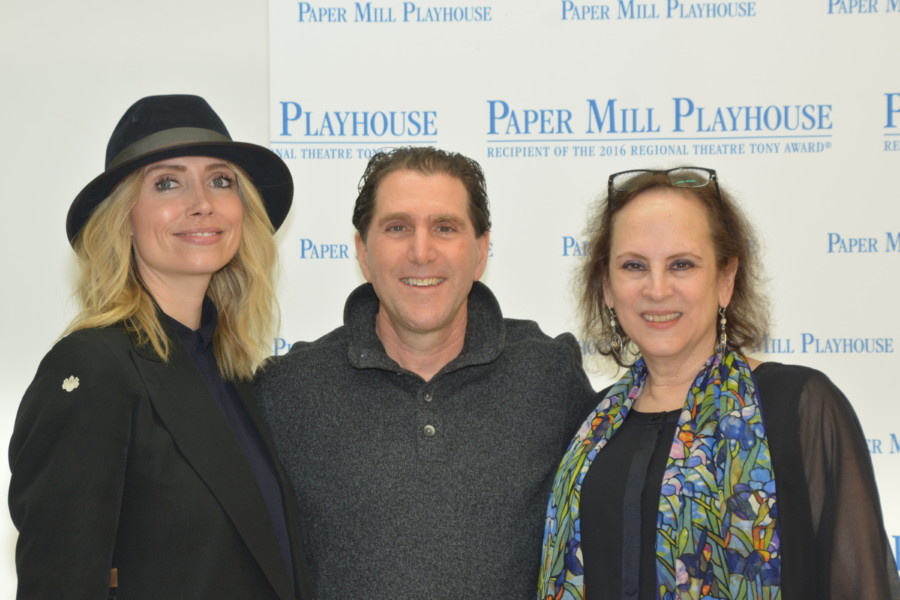 Kirsten Guenther is the recipient of a Richard Rodgers Award, Rockefeller Grant, Dramatist Guild Fellowship, Johnny Mercer Writers Fellowship, and a Lincoln Center Honorarium. She has participated in writers’ residencies at the ASCAP/Disney workshop, the Lark Playwrights Development Center, the Dramatist Guild Fellowship program, Goodspeed Musicals, The National Alliance for Musical Theatre, The Orchard Project and Theatreworks Silicon Valley, among others. Current theatre commissions include a musical adaptation of Roman Holiday, MGM’s Benny & Joon(The Old Globe Theatre, Paper Mill Playhouse 2019), Heart & Souls (Universal Theatricals), The Years Between (T-Fellowship, sponsored by Harold Prince), Bob Fosse’s Rhythm of Life (Fosse Estate), and the new musical, Measure of Success (Amanda Lipitz Productions). She wrote the book and lyrics for Little Miss Fix-it (as seen on NBC); and book for Mrs. Sharp (Richard Rodgers Award: workshop at Playwrights Horizons, starring Jane Krakowski, directed by Michael Greif). Her other musicals include: Out of My Head (licensed by Steelespring Stage Rights); and The Cable Car Nymphomaniac (The Gateway Theatre).

Nolan Gasser is a critically acclaimed composer, pianist, and musicologist – most notably, the architect of Pandora Radio’s Music Genome Project and the company’s chief musicologist from its founding in 1999. His original compositions are performed frequently, and in such prestigious venues as Carnegie Hall, the Kennedy Center, Alice Tully Hall, La Salle Pleyel (Paris), and the Rose Bowl (Pasadena), among many others. Key current projects include an opera, The Secret Garden, commissioned by San Francisco Opera (premiered March 1, 2013), a musical, Benny and Joon, in partnership with H2H Productions and MGM On Stage, a film score for the Lance Kinsey film, All-Stars (which is currently tearing it up in the film festival circuit), and a forthcoming book, Why You Like It: The Science and Culture of Musical Taste (Macmillan Press, 2016). Nolan is also the subject of a documentary for the ESPN-FiveThirtyEight series, The Collectors, entitled “Breaking Music Down to Its Genes”, which was released in May 2015.

Mindi Dickstein is an American lyricist and librettist. Dickstein wrote the lyrics for the 2005 musical production Little Women, the book for Toy Story: The Musical and Benny & Joon.Dickstein has taught at New York University’s Tisch School of the Arts in the graduate musical theatre programme. In 2001, Dickstein received the Jonathan Larson Grant.[

Claudia PerryOctober 30, 2022
Read More
Scroll for more
Tap
Meet the Cast of Benny & Joon: Claybourne Elder Takes On The Role of Benny
Robert Cuccioli, Jill Paice Bring the Musicals of 1943 and 1951 Alive in Broadway By The Year