Meet The Cretor, Cast and Director For Chick Flick the Musical 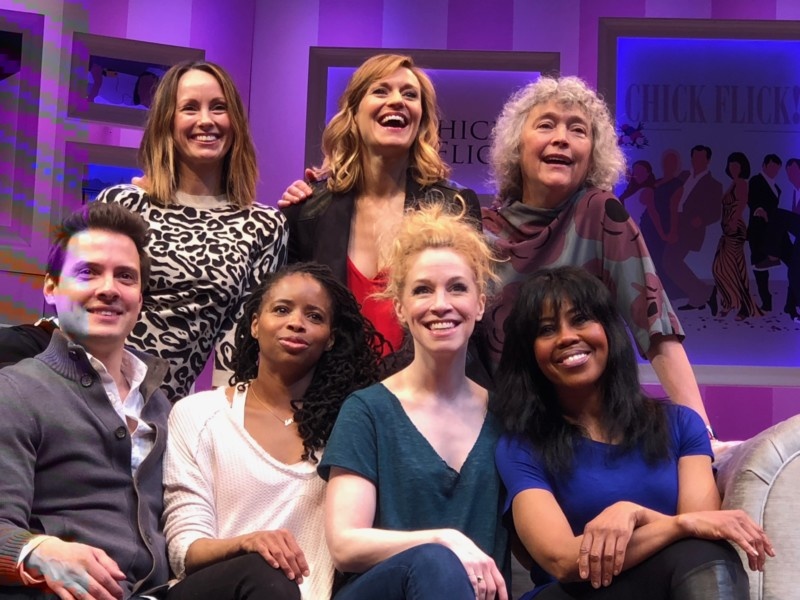 Meet The Cretor, Cast and Director For Chick Flick the Musical

Chick Flick the Musical, a new musical comedy stars Sharon Catherine Brown who was seen as Effie in both Broadway and touring productions of the musical Dreamgirls; as Violet in the musical Maggie Flynn; and as the narrator in versions of Joseph and the Amazing Technicolor Dreamcoat. She has also toured with productions of The Wiz, Rent and Jekyll & Hyde. Her film credits include Film credits include A Chorus Line, For Keeps, Sister Act 2, What’s Love Got to Do with It, Blues Brothers 2000 and Introducing Dorothy Dandridge. On television, Brown played the character Daisy on the CBS soap opera Love of Life and she originated the role of Chantel on the NBC soap Generations from 1989 to 1990. She portrayed a young Louise in a flashback episode of The Jeffersons,  Good Times, A Different World and The Fresh Prince of Bel-Air.

Carla Duren performed on Broadway in Hairspray and 110 In The Shade. Off-Broadway she was seen in The Fortress Of Solitude.Her album, BlackFolkRockStar is on iTunes and carladuren.com.

and Megan Sikora who made her debuted on Broadway in 42nd Street and went on to perform in Thoroughly Modern Millie, The Nance, Wonderful Town, Dracula, Wicked. Her breakthrough was Bambi Bernet in Curtains. She appeared in the Broadway revival of Promises, Promises opposite Kristin Chenoweth, played Miss Krumholtz in the Broadway revival of How to Succeed in Business Without Really Trying, and was nominated for the Astaire Award, Female Dancer, Broadway for this role and was in the musical Holiday Inn.

The show has book, music and lyrics by Suzy Conn (Suffra-Jets; The Mercer Girls)

and is directed by David Ruttura (Associate Director – Network, School of Rock) at The Westside Theatre (407 W. 43rd Street between 9th and 10th Avenues).

Chick Flick the Musical invites you to join Karen, Dawn, Sheila, and Meg as they get together to unwind, watch a chick flick, and play their favorite drinking game. As the festivities proceed and the tequila flows, can the power of meet cutes and makeover montages save the day as relationship drama and career crises bubble to the surface?

Celebrating the healing power of sisterhood, laughter, and life lessons from the movies we know and love, Chick Flick the Musical is ultimately about life’s greatest love story: friendship.