Nominees for the 62nd annual Drama Desk Awards came out to meet the press and celebrate at the Drama Desk nominee reception, held at the Marriott Marquis. 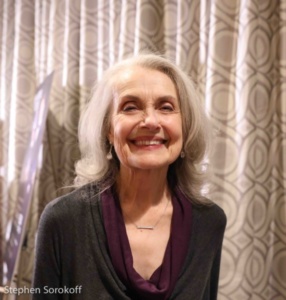 Mary Beth Peil started off singing opera with the Met and New York City Opera. In 1971, she originated the role of Alma in the opera Summer and Smoke, based on a Tennessee Williams play, and performed it again when it was broadcast on television in 1982. She went on to star on Broadway and in national tours of  Kiss Me, Kate and The King and I.  Peil was nominated for a 1985 Tony Award for Best Performance by a Featured Actress in a Musical. Peil was introduced to a wider audience through her role as Evelyn ‘Grams’ Ryan on teen television drama Dawson’s Creek. In the spring of 2003 she played the mother of Antonio Banderas’s in the Broadway revival of Nine. In 2008 she appeared as the Old Lady in the Broadway revival of Stephen Sondheim’s Sunday in the Park with George. Women on the Verge of a Nervous Breakdown and Follies followed. Currently Mary Beth stars as The Dowager Empress in Anastasia and is nominated for Best Supporting actress in a musical. She is also nominated in this category for a Tony Award. 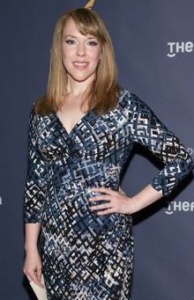 Emily Skinner originated roles in various workshops, including Frank Wildhorn’s Jekyll and Hyde, Stephen Schwartz’s show Snapshots, Polly Pen’s The Night Governess and the Marvin Hamlisch/Craig Carnelia/Nora Ephron musical Imaginary Friends. She created the role of “Emily” in the 1994 musical adaptation of A Christmas Carol at the Paramount Theatre at Madison Square Garden. Side Show brought her acclaim and a Tony Award nomination. Then came James Joyce’s The Dead, The Full Monty and Dinner at Eight, where she was nominated for the Outer Critics Circle Award. She appeared in the Encores! concert stagings of the Gershwin musical Pardon My English, A Tree Grows in Brooklyn, Fiorello and No Strings. Billy Elliot and more roles followed. She appeared in The Prince of Broadway and will appear again in the Broadway run which begins in August 2017. Ms. Skinner is nominated for Best Supporting Actress in a Play for the Transport Theater’s  revival of Picnic.