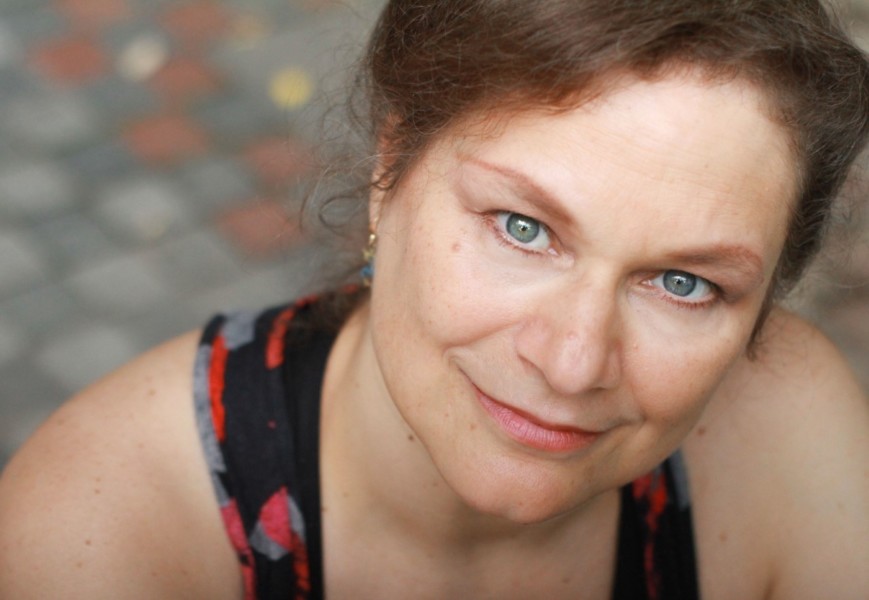 An alum of the BMI and ASCAP Musical Theatre Workshops, Anita has written music & lyrics for theatre companies in London, Boston & NY, such as Brave New World Rep Co (Brooklyn) and Urban Improv (Boston). Her new original solo musical Spectacular Falls received its World Premiere this past fall Off-Broadway, and is headed to the San Francisco Fury Festival this summer.

A cancer survivor of 43 years, Anita serves as National Chair of SAG-AFTRA Performers With Disabilities, working with Actors’ Equity, Broadway League and AMPTP to gain more media inclusion of performers with disabilities.

Anita Hollander: I moved in February of 1988. It took 5 years, which at the time I thought was a long time. I was living in the village and I was being evicted. I taught at NYU and it had finished. I was living in Mayor Koch’s building. There were delays with Manhattan Plaza, so my mother wrote a incredible letter to the mayor’s office. It is thanks to her letter and sadly the AIDS crisis.

Anita Hollander: It was because of the AIDS crisis that we got into Manhattan Plaza. People were dying all over the building, so apartments became available. It is with great sadness that I say this. I don’t celebrate that fact that people died. Manhattan Plaza cared so much for everyone at this time. The whole community was generous and there was an outpouring of love.

Anita Hollander: It was because of my daughter Holland Hamilton. The primary people you met were the other parents. In 1989 other actors were having children as Manhattan Plaza allowed artist to afford this luxury. People would move in and have children almost immediately. Chuck Cooper, Tisa his former wife became friends and their daughter Lily Cooper played with my daughter. We went to the Coopers’ to see fireworks. Joan Finkelstein, the head of the Harkness Foundation, had her daughter two months a part from mine. Alan Kifferstein is family to us. He was the dad to Marina Kifferstein, a world class violinist and she is Holland’s best friend who grew up with her.  We spent time celebrating Jewish holidays together. Michelle Raum and David Stein who had a son Dan, who is now a jazz bass player. These children Holland, Dan and Marina all went to Oberlin College and have remained close friends.

T2C: What career wise did Manhattan Plaza allow you to accomplish?

Anita Hollander: I have been able to make my living as a performer, composer and musician thanks to Manhattan Plaza. I didn’t have constraints or pressure to pay enormous rents. I made $12,000 a year and our rent was $183 a month. You pay 30% of your income.

Anita Hollander: I had cancer twice. At 21 and at 26. At 26 I had to have my leg amputated. Two weeks later I was in rehearsals. I was the choreographer and on one leg choreographed the show. Two weeks later we opened. I was doing Jacque Brel. I was also the director and was in the show. I’ve also written two solo musicals, both were nurtured by my living at Manhattan Plaza. Spectacular Falls was done at Theatre Row.

T2C: What do you miss from the area?

Anita Hollander: The shops that closed on 9th Avenue; the pet shelter Metro Pets; the mom and pop shops; the drug store; Chinese food shops. The International Food Festival began because of all the different varieties of food that were so easily accessible. I am so sad that the Empire Coffee and Tea shop is leaving in April.

Anita Hollander: I would change Rodney Kirk’s dying. He slipped notes under people’s doors elderly, new tenants, people who were sick. He cared. The hallways and walkways became known as schmooze alley.

Anita Hollander: I lived in Cleveland, Ohio and my dad used to bring us here as kids. When we saw Hello Dolly!, and Oliver I knew this is what I wanted to do and where I wanted to live. He died when I was 19.

Anita Hollander: All I ever wanted was a pool and a piano. As a disabled performer and an amputee Manhattan Plaza is heaven. I don’t have to struggle with accessibility. I can live, work and raise a family and I am forever grateful for that. 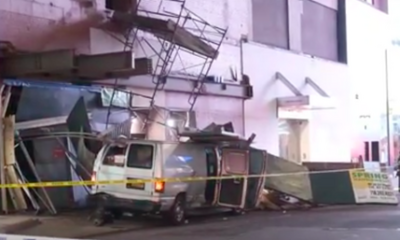 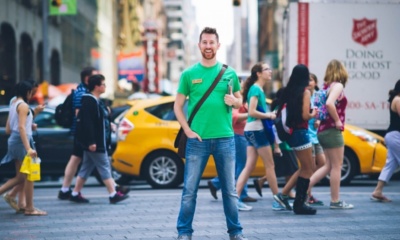 Suzanna BowlingFebruary 4, 2021
Read More
Scroll for more
Tap
What To Watch April 19th To Take Away The Blues
Streaming the Sumptuous Phantom of the Opera from Royal Albert Hall