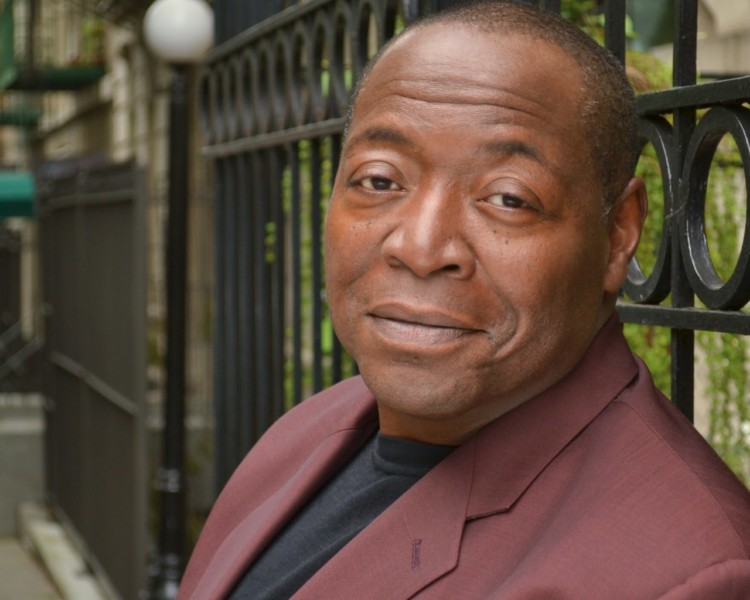 Chuck Cooper has performed on stage as well as on television and film for over three decades. A Tony Award®-winning baritone, he is best known for his work in musical theater. Cooper, won the 1997 Tony Award for Best Performance by a Featured Actor in a Musical, for his performance as the pimp Memphis in The Life.

In 1983, Cooper, made his Broadway debut in the musical Amen Corner, playing the role of Brother Boxer. He was an understudy in the original Broadway casts of his next three shows: Someone Who’ll Watch Over Me (he eventually took over the role of Adam), Passion, and Getting Away with Murder.

Cooper has also appeared in Chicago as Billy Flynn, Caroline, or Change as the dual role of The Bus and The Dryer, and Finian’s Rainbow as Bill Rawkins, as well as benefit performances of Hair and A Wonderful Life. In February 2010 he was the narrator in the U.S. premiere of Seven Scenes from Hamlet, by the Spanish composer Benet Casablancas, at the Miller Theatre in Manhattan.

In 2015, Cooper appeared on Broadway as the slave Thomas in the new musical Amazing Grace, at the Nederlander Theatre. The Cherry Orchard, Prince of Broadway and Choir Boy followed.

In regional theater, he has performed leading roles in several Shakespearian plays: the title role in Othello, Brutus in Julius Caesar, Aufidius in Coriolanus, and Caliban in The Tempest. He also portrayed Paul Robeson in Passage Theatre’s production of Robeson, by Philip Hayes Dean.

He has also been featured in films such as Noise, Evening, American Gangster, The Opportunists, Gloria, The Peacemaker, The Juror, North, and Criminal Justice. His television credits include appearances on 100 Centre Street, Law & Order, Oz, Strangers with Candy, NYPD Blue, and Cosby.

Cooper has three children, Eddie, Alex, and Lilli, from his first marriage. His son Eddie has performed on television and on stage. In May 2009 Cooper and playwright Deborah Brevoort were married in Carmel, New York, after almost ten years of dating. Their initial meeting and eventual engagement were covered in a New York Times website video.

Chuck Cooper: That was the first plague of my life. It was just a stunning time, so many lost. Many friends, including my best friend fell victim to it. It was crazy time. We didn’t know where it was coming from. The information we were receiving was so much misinformation. Homophobia was rampant. We still are not sure why my friend Bob died of it. He was straight. He died early on. It is still a painful memory.

Chuck Cooper: So many people Tom Carroll, David and Michelle Styne, Jeffrey Thompson, Anita Hollander and I went to high school together. Still friends with everyone I met. Manhattan Plaza was a community of people. It was like a small village in the middle of metropolis.

T2C: What career wise did Manhattan Plaza allow you to accomplish?

Chuck Cooper: Early on the rent was such that it enabled me to take theatre jobs, that didn’t pay that much and get the credit. Unfortunately it became a tender trap. Several times I would anticipate my income and then get a national commercial. By the time I got divorced and moved out I had a $10,000 retroactive rent bill.

Chuck Cooper: We were able to raise our children in the middle of Manhattan. The swimming pool, playground, support, networking, clothing exchange, babysitting exchanges all made this possible. The community, to networking for career purposes were added bonuses.

T2C: What do you miss from living here?

Chuck Cooper: I would have anticipated my income better. Everything happens for a reason. That which doesn’t kill us, makes us stronger. The Plaza made me stronger, a better person. At least I hope.

Chuck Cooper: The cornucopia of wonderful restaurants. The convivence of working on Broadway and being there in 15 minutes. I even miss the New York crazy. I miss the street musicians in Washington Square Park in the summer.

Chuck Cooper: I am a person who realizes I have been phenomenally blessed. I have exquisite career on Broadway. I have done 16 Broadway shows. In TV and Film nothing major. High diddle dee the actors life for me!