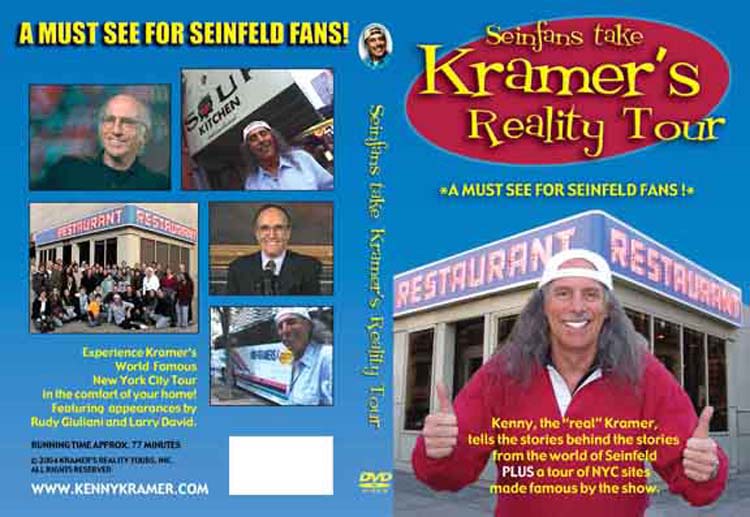 Kenny Kramer is a former American stand-up comedian and the inspiration for the character of Cosmo Kramer from the television sitcom Seinfeld. Seinfeld co-creator Larry David lived across the hall from Kenny for six years, just as the character of Jerry Seinfeld did from Cosmo Kramer in the show. The two lived in Manhattan Plaza, a federally assisted apartment complex for performing artists in Hell’s Kitchen. David said that Kramer was a little bit eccentric and would be a good character to have on the show. Many of the traits of Kenny Kramer, such as the obsessions with golf, fruit, hot tubs, taking things out of the refrigerator and coming up with strange ideas and inventions, were featured in the show.

Kenny has been the host of Kramer’s Reality Tour and Kramer’s Reality Road Show since Seinfeld was on the air. He tells behind-the-scene stories to his audience and gives a bus tour of sites made famous by the show. A DVD version of his reality tour has also been produced. The “Reality Tours” were later parodied on Seinfeld in the episode “The Muffin Tops”.  J. Peterman used Kramer’s various stories in Peterman’s own biography. He develops a reality bus tour and touts himself as “The Real J. Peterman.” The relationship between Cosmo Kramer and Kenny Kramer is explored in the featurette “Kramer vs. Kramer: Kenny to Cosmo”, on the 3rd season Seinfeld DVD.

In 1997, Kramer attempted to gain the Democratic Party nomination for New York Mayor; he did not get the nomination. In 2001, Kramer also ran for Mayor in the Libertarian Party. He finished seventh in the election, with 1,408 votes.

On June 6, 2013, Kramer became an ordained non-denominational minister with the Universal Life Church World Headquarters and was registered with the City Clerk in New York City.

Kenny Kramer: I was a working comedian in Florida and a single parent. I had a gig in Philadelphia and I had left my daughter with my mom in New Jersey. I happened to read in the New York Times about a new government-subsidized residence in New York City for artists. I drove back to New Jersey to get my daughter. I went to see the building in July and I moved in that November. That was 1977.

T2C: Who were your friends in the building at that time?

Kenny Kramer: Jimmy Vallely, Larry David and Bobby Alan Brooks, who was there were so many friends, but only 10% of the original tenants are left. I met Larry when the building manager put on a cabaret featuring the talented residents. I was the MC. Everyone “was thrilled to do it except Larry, so I badgered him. He was such a hit. I told him “You were the hit of the night!” and he said “I was afraid of the manager seeing my act and kicking me out of the building!’”

T2C: What are your fondest memories of that time?

Kenny Kramer: Seeing my daughter grow up, mature and become a woman. There were like 50 children in the building and they were all friends. They were called the “plaza brats”. It was thrilling to watch these girls bond and remain friends. In the past 5 years they have all connected thanks to social media.

T2C: Do you still live in the building.

Kenny Kramer: When Larry David created Kramer based on me, I created this little industry. I do tours and a stage show and I have been doing this for 24 years.

T2C: Once “Seinfeld” immortalized you how did your life change?

Kenny Kramer: There was a story about me by John Tierney on the front page of the New York Times Metro section announcing that there was a real Kramer. The story went out on the Times wire service and it appeared in thousands of newspapers all over the world. The story set off a media frenzy and within a week, I went from an obscure comedian to International icon.

T2C: Were you happy with being immortalized?

Kenny Kramer: Of course I was, it turned into a great thing. Larry’s writing is incredibly funny. I use to go and hang out with the cast.

T2C: What would you change from that time period?

Kenny Kramer: The sense of community, a safe environment to raise my child, though the neighborhood was a horror. My house was always full of kids and laughter.

Kenny Kramer: Not much. I am still here, right now on a course. I go to Florida to see my two twin grandchildren who are 15. Life is good.

Kramer is featured in the documentary Miracle on 42nd Street, which is available on Amazon and will soon be available to stream. 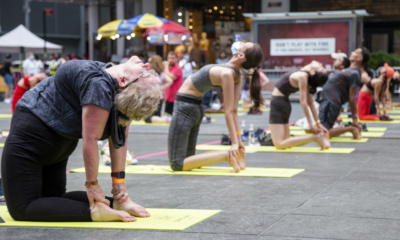 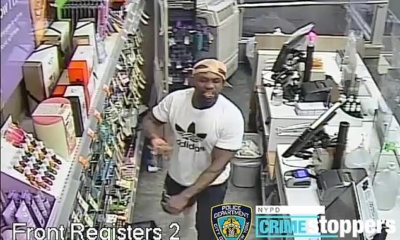 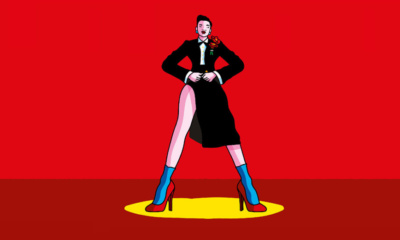