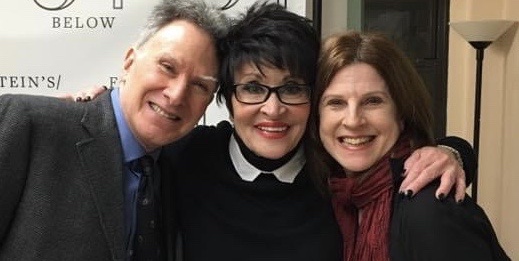 Lisa & Sal Biagini (aka “Lisa Anthony” & “Adam Bryant”)— met in an out-of-town production of Fiddler on the Roof with with Giorgio Tozzi in 1976, and married in 1979. Along their journey, Lisa performed as a chorus dancer in many musical theatre productions, among them Take Me Along with Gene Kelly, Sugar with Donald O’Connor, Bye Bye Birdie with Chita Rivera, Seesaw with Tommy Tune. Lisa also teaches theatre jazz dance at Steps on Broadway, having been influenced by both Luigi and her dancer-choreographer-director father, Tony Bevinetto.

Lisa & Sal performed together in a number of shows, among them Damn Yankees and got to share a scene with John Candy in the film “Summer Rental” (1985). They’ve also appeared in other film & TV productions, with film having served as a vehicle for Sal to sustain a 25 year long “adjunct” career and friendship with Robin Williams, as his longtime stand-in & photo-double, which included 36 films and a TV sitcom, from “Cadillac Man” (1989) to “Night at theMuseum: Secret of the Tomb” (2014).

When not engaged on film sets, Sal performed in plays & musicals out-of-town (among them, Lovers and Other Strangers” with Sid Caesar, the first nat’l tour of Big River, Tribute” with Howie Morris); on B’way (Big River); and off-B’way (“The Wonder Years” at The Village Gate). Sal has sung on several musical albums, and his collaboration with Sandra Boynton and Mike Ford earned him a gold album for “Rhinoceros Tap,” and a platinum
album for “Philadelphia Chickens.”

Lisa & Sal are proud parents of Matt, an actor and educator, born & bred in Manhattan Plaza, and now a resident in his own right.

T2C: When did you first move into Manhattan Plaza and how did you get
into the building?

Lisa Biagini: 1981, 4 years after it opened. I first heard about it a
few years earlier, when the Equity deputy for a show I was doing was
informing the cast about early applications for MP. I asked him where
the complex was located. He said it was in the Hell’s Kitchen
neighborhood, West 43rd Street, between 9th & 10th Avenues. I said to
him, “Oh, I’ll never live THERE!”

Sal Biagini: So, cut to 1978. Lisa & I have known each other for 2
years, traveling for work and bouncing mainly between our folks’ homes
in Florida and New Orleans, not yet married. On a trip that year to
New York, our friend Patricia Arnell invited us to her apartment in MP
and gave us a grand tour of the complex, introducing us to some
wonderful people in the office, like Howard & Dottie Slender. Patricia
then encouraged us to request an “application for an application for
residency,” which was basically a postcard you’d submit to get on the
waiting list for the actual application. We applied jointly, so that
we could be considered for a one bedroom apt. It took just 3 years
until our move-in.

T2C: Were you there during the AIDS crisis? Tell us about that time.

Lisa Biagini: Yes. Such a tragic, frightening time. And we were seeing
so many of our theatre friends being ravaged by it, and so many in MP.

Sal Biagini: Just heartbreaking. But there were saints among us who
created a loving, caring network of support for those who were
suffering. That’s the good that strives to overcome adversity.

T2C: Who did you make friends with in the building and have those
relationships lasted?

Lisa Biagini: The majority of friends we made came from getting to
know the parents of children in the co-op 43rd St pre-school in the
10th Ave bldg, run by Nancy Lilienthal, which our son Matt attended.
One of his best friends, Chris was there with him, and we’ve remained
friends with his parents, along with many others. Lots of pot luck
dinners, too. And Cub Scouts! Quite the amazing vertical community.

T2C: What has been the biggest changes to the neighborhood?

Lisa Biagini: Seeing over the course of several decades how much of a
catalyst MP has been for the Hell’s Kitchen neighborhood. Seems like
we were influential as a community within a larger community.

Sal Biagini: Yeah, and there was a positivity and encouragement that
changed this area and made it thrive.

T2C: What have been the biggest changes to your business?

Lisa Biagini: Personally, I’ve been able to transition very naturally
from performing as a dancer to teaching dance, so that feels like a
new chapter in my life. And teaching wasn’t something I necessarily
was seeking. It really developed through encouragement from my dance
teacher Luigi, who was a friend of my family my entire life, as well
as from my fellow dance friends who are tremendously supportive.

Sal Biagini: Well, for me, in my later years, my stand-in/doubling
work on films with Robin slowly became more prominent than my theatre
work, so that felt like a transition. Along the way, I turned down
theatre gigs from time to time, in order to defer to him. And while
conventional wisdom might say that an actor should never turn down an
acting job, I never saw it that way. I fully embraced my “alternative
employment,” and viewed it as the most amazing survival job I could
ever think of. Also, how could I say no to Robin, as long as he was
asking? He was a once-in-a-lifetime force of nature, a remarkable
person…hey, there’s a whole book there…but I digress…

T2C: What does living in the building allow you to accomplish?

Lisa Biagini: Quite a bit. Things like having the rehearsal room
downstairs, which I use to choreograph new combinations for class. So
convenient, and useful. This is such a great location in the city in
terms of accessibility to studios, supplies and such.

Sal Biagini: Accessibility to all kinds of things, for sure. Maybe
most importantly, this community of friends that each of us relies on
for help, and to help, to sustain us. So much of what we’ve
accomplished is because this is where we live. The people and the
places, the multitude of opportunities that have enriched us, and
contributed to who we are. Also, pretty great when your show is at a
theatre you can walk to in a matter of minutes!

T2C: What has been your greatest accomplishment thanks to living in
the building?

Lisa Biagini: Family! The fact that we were able to raise our son in
an amazing residence, within a loving, nurturing community. It gave us
every chance to “get it right.”

Sal Biagini: Yeah, I’d have to say raising Matt here, and having been
able to send him to an amazing school. Also, so many of the advantages
I’ve been fortunate enough to have might not have materialized had we
been elsewhere.

T2C: What would you say to artists now to empower them?

Lisa Biagini: I think of our friend Chita Rivera’s advice to dancers:
“Stay in your lane.” In other words, be yourself, in all your own
uniqueness, and embrace that.

Sal Biagini: Take advantage of all opportunities afforded you to help
you grow as an artist, and as a human being. Each informs the other.

Lisa Biagini: The awful scourge of the AIDS epidemic.

Sal Biagini: The tragic toll that AIDS took on this community.

Lisa Biagini: How grateful we are to have lived here all these years
in a beautiful, well-maintained residence, in safety and security.

Sal Biagini: We owe a huge debt of gratitude to the visionaries who
made MP happen in the first place, and all the office, management and
support staff over all the years. And how great is the annual 9th Avenue Food Festival, where you can eat your way from 42nd to 57th St! 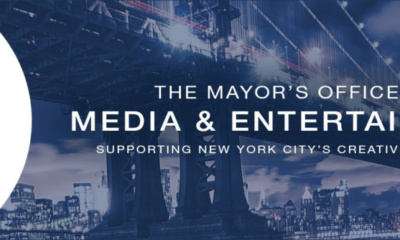 From The Mayor’s Office of Media and Entertainment: Steiner Studios and the New Laws 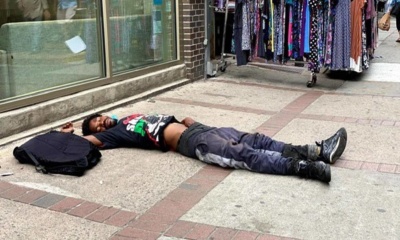 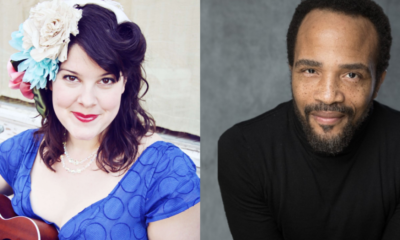