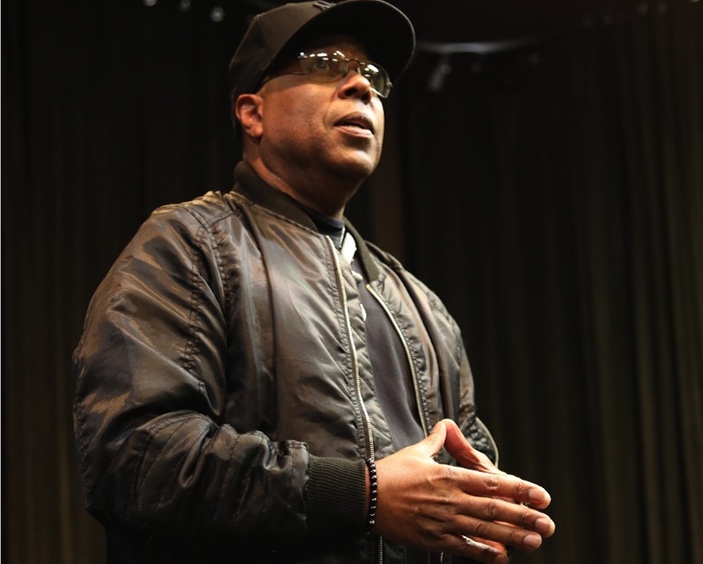 Peter Wise is an entertainment industry veteran for over 30 years. After a successful career in acting, Wise decided to combine his eye for talent and experience to become a casting director. In 1990, he launched Peter Wise and Associates which soon became one of the most successful independently owned casting agencies with Wise becoming the most sought after casting director on both the East and West coasts. His extensive list of casting credits for film, television and theater have garnered several awards and accolades from peers.

Peter, studied with Wynn Hammond, Lee Strasberg and classmate Michel Wright who lived on top of the pizza shop. Michael’s family own Jezebel’s a hangout space for the residents of Manhattan Plaza. All of us were in the neighborhood.

Wise was responsible for comprising the cast of Smokey Joe’s Café which was nominated for seven Tony Awards and received a Grammy for “Best Musical Show Album.”  Wise’s cast selections received rave reviews for their performances that contributed greatly to the production becoming the longest musical revue on Broadway to date. As the casting director of record for the national tour of Jesus Christ Superstar, he cast Ted Neely, Carl Anderson, Irene Cara and Dennis DeYoung.

Mr. Wise was recognized for his outstanding achievements in the entertainment industry with the prestigious NAACP Theatre Spirit Award, Trumpet Award and a Grammy, for the Best Broadway Musical.  Seven years ago he launched Peter Wise Actor’s Studio in North Hollywood, California which he plans to franchise. For more information about the studio please visit, www.PWAStudio.org.

Peter Wise: I lived in Manhattan Plaza since 1977, when it had just open up. I was the 1st person to live in my apartment in the 400 Building, Apt 38Q.  I got in because i was a member of Equity/SAG/ AFTRA. I was an entertainment kid. I was turning 20. I had been a working actor since I was 17. I was on “The Doctors” with Alec Baldwin, Peggy Cass, Melba Moore and Kathleen Turner. Before Melba, I was the only person of color. I did an after school special for NBC called “A Piece of Cake” and was nominated for an Emmy.

Peter Wise: It was 1987. I had a son Christian. My ex-wife Carla Earle and I wanted to move to California. I was doing more TV than theatre. When I moved I did TV shows like “Wonder Women”. I also wanted to give someone else that wonderful opportunity of living there.

T2C: Were you there during the AIDS crisis? Tell us about that time.

Peter Wise: There were so many people being affected. My ex-wife was a dancer/ choreographer and it impacted our industry and building. Manhattan Plaza was a vey resourceful and open place, because it was full of the arts. MP was a place of refuge for all kinds of people such as senior citizens, as well as artists with AIDS. It was an extended family. It was my first place away from my parents and family.

T2C: Who did you make friends with in the building and have those relationships lasted?

Peter Wise: MP was the place where everybody knew everybody. It was like a dorm. Loretta Divine and Saundra McClain, made sure I ate. They were my sisters. Jeffrey Anderson Gunther use to feed me his Jamaican food. Arnold and his carrot cake, Curtain Up, where we all went after the shows. I would do a New Years Eve party every year because you could see the ball drop from my apartment. Chapman Roberts, the cast from The Wiz, Bubbling Brown Sugar, Jeffrey Thompson, Marshall Roumain, Alicia Keys and her mother Terria, Minnie Gentry, Terence Howard’s grandmother, Mary Alice, a wonderful actress who was the oracle in ‘The Matrix” all attended.

Peter Wise:  The whole upgrade of the area. It went from the underworld to a more refined area. We were able to adapt. We could be with Kings and Queens, as well as prostitutes and bums. We could blend the worlds. We brought class and culture and a new way of living. We brought pride. It wasn’t about color. Most of us all had parents saying “why don’t you get a real job”. Artists were and are an exceptional group of people. It was wonderful seeing xxx rated theaters turn to rehearsal spaces and Off Broadway theaters. Casting directors welcomed you like family. We had a responsibility to each other. I became a casting director because of who I knew.

Peter Wise: A living, a career and I am respected because of it. It made my parents proud of me. I became a conduit to do God’s work, because we are the light and the darkness in the industry. I asked God to use me to elevate the light and give opportunities to his children who are gifted and to impact the world.

Peter Wise: Being able to hire my friends and watch them grow. It wasn’t about being famous, it was about being respected among your peers. We have gotten so disconnected from that. The integrity has gone.

Peter Wise: When you’re young, you don’t see the forest through the trees. You think it will last forever. I would have taken more advantage of the opportunities given to me. As you get older you see things a lot differently. I wouldn’t change a thing though, because we have to go through it and we have to come back. Getting back is how we impact each other’s lives. Through our achievements we bring our brothers and sisters up.

Peter Wise: Going up to Equity and bonding with the older actors who came before me. Helping and uplifting the babes new in the industry. From the time I left my parents house, I never had to work a regular job unless I wanted to. I had respect and a chance to make a difference.

Peter Wise: I wrote a work webbook on acting which was commissioned last year for LA Unified Schools. I cast Nick Cannon newest feature film, “She Ball” soon to release. I am a previous recipient of the Trumpet Award.

That we have a responsibility to give back to our fellow man, to pass on whose shoulders that we stand on. I didn’t realize they were passing the torch to me.

Suzanna BowlingAugust 1, 2022
Read More
Scroll for more
Tap
What To Watch April 14th To Take Away The Blues
The Obvious: Streaming Fleabag the Stage Show for our Unadulterated Pleasure