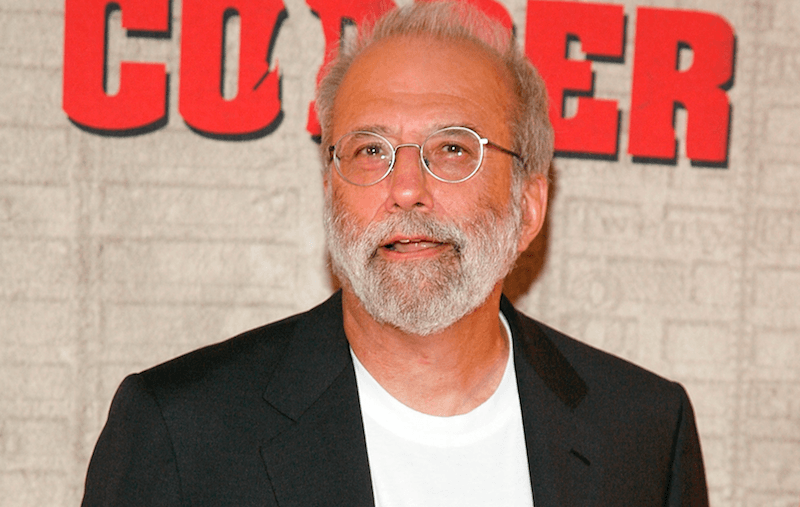 Tom Fontana is a writer and producer who has received multiple awards such as Emmys, Peabodys, Writers’ Guild, Television Critics Association, Humanitas Prize, an Edgar Award, and more. He worked on NBC’s Homicide: Life on the Street and created HBO’s Oz.

His stage debut was in college as an actor in George Bernard Shaw’s Saint Joan, directed by his frequent mentor, Warren Enters. While working at the Williamstown Theater Festival in the early 1980s, he was offered the opportunity to write for television – the offer coming from Bruce Paltrow who was launching St. Elsewhere on NBC.

Fontana wrote the HBO film Strip Search, directed by Sidney Lumet. He was the Executive Producer of American Tragedy for CBS; Shot in the Heart for HBO Films; the independent film Jean, and the documentary, The Press Secretary for PBS. Fontana also created the TV series Borgia for the French premium-pay channel Canal+. The series recounts the Borgia family’s rise to power and subsequent domination of the Vatican during the Renaissance. Fontana also co-created Copper an 1860s police procedural set in the turbulent Five Points neighborhood of New York.

Fontana does not own or use a computer and writes all of his scripts longhand on a yellow legal pad.

Fontana has written articles for such publications as The New York Times, TV Guide and Esquire and has taught at Columbia, Syracuse, Rutgers and the State University College at Buffalo, his alma mater. He received the Distinguished Alumni Award and an Honorary Doctorate of Letters.

He is a member of the Dramatists Guild, the Producers Guild of America, and the WGA, East from which he received the Evelyn F. Burkey Award for Lifetime Achievement. Fontana served as Vice-President of the WGA, East from 2005–2007. He is President Emeritus of the WGAE Foundation, commonly known as the Writers Guild Initiative and serves on the boards of The Acting Company, the Williamstown Theatre Festival, DEAL, The New York City Police Museum, Stockings With Care, among others.

T2C: When did you first move to Manhattan Plaza and how did you get into the building?

Tom Fontana:  I don’t remember the exact year, but I moved in fairly early on. I had been living in an apartment in the East Village, which I couldn’t afford. Being a writer and young and foolish, I decided to hitchhike across country, alone. I was gone a couple of months. When I got back to New York, I was broke and sleeping on the couches of friends or being an urban gypsy — taking care of people’s plants and cats when they were out of town, in exchange for a bed. Linda and David Laundra were ensconced in Manhattan Plaza by then and they encouraged me to talk with Rodney Kirk about getting a studio. Miraculously, I was accepted. I paid $52 a month my first year. When my wife (then girlfriend) Sagan moved in, we were given a one bedroom. We thought we’d gone to Heaven.

Tom Fontana: I went to Hollywood to write “St. Elsewhere”. In time, we hired a business manager, who pointed out that we could turn the money, which we were using to pay fair market value, into a mortgage on our own place. Sagan and I were in tears the day we moved out of MP. We felt such a strong bond with the place.

T2C: As a producer what did you accomplish?

Tom Fontana: I wasn’t a producer back in the day. I was only a lowly writer. That said, David and Linda — with a bunch of talented friends — started a theatre and they foolishly put me on the board, so I did help to get the plays we staged up and running.

T2C: As a writer how did Manhattan Plaza inspire you?

Tom Fontana: I’d say the biggest inspiration for me was the people who lived there. To know that I was sharing a world with Tennessee Williams, Angela Lansbury, Gloria Graham and Jack Warden, among many other famous folks, made me feel like I could, someday, succeed. But more importantly, those who, like me were struggling in their careers gave me a powerful sense of community. I felt like we were there for each other, in times of need and in times of joy.

Tom Fontana: If I hadn’t gotten into MP, I probably would’ve left New York and given up my dream of being a professional writer.

Tom Fontana: My fondest memories? That’s a tough one, as I have so many.  Maybe the Christmas decorations. I will say that I loved the fact that I could do my laundry on the same floor, as the one where I was living.

T2C: What were the biggest changes to the neighborhood?

Tom Fontana: Manhattan Plaza took a beaten-to-a-pulp area of the city, at a time when New York was on the ropes, and proved that if you bring artists into a neighborhood, flowers will grow.

Tom Fontana: I think I answered this above

Tom Fontana: Heaven is Heaven. I wouldn’t change a thing from those days. The place worked because Rodney Kirk and Richard Hunnings treated everyone with respect. Didn’t matter if you were a Broadway star or a humble scribe, in their eyes, you belonged. In a way, MP was almost a cathedral. 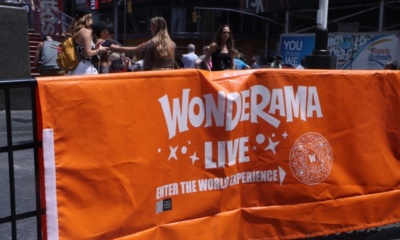 Suzanna BowlingJuly 19, 2022
Read More
Scroll for more
Tap
The Obvious: Streaming Fleabag the Stage Show for our Unadulterated Pleasure
What To Watch April 16th To Take Away The Blues