The Hit Men are five legendary musicians who played with the greatest performers sat down with www.t2conline.com at the Lambs Club in New York City and talked about their individual careers. 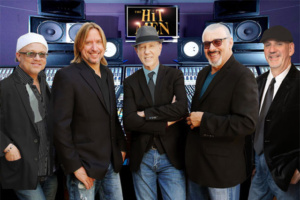 The Hit Men are five brilliant musicians and singers who, throughout the 1960s, 70s, 80s and 90s, toured and recorded with some of the biggest names in the music business – huge stars from Frankie Valli and Carly Simon, to Tommy James, Carole King, Cat Stevens, Jim Croce, Cheap Trick , Elton John, Paul McCartney, Barry Manilow, Rod Stewart, Blood Sweat & Tears, and many, many more. They are not a tribute act. They are not the former cast of a Broadway musical. They are the actual artists who helped rocket so many songs to the top of the Billboard charts. 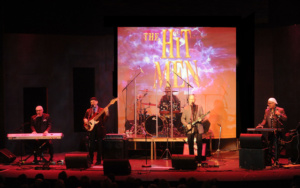 They are: keyboardist and group founder Lee Shapiro, lead guitarist/vocalist Jimmy Ryan, bassist/vocalist Jeff Ganz, keyboardist, percussionist & vocalist Russ Velazquez and drummer and vocalist, Steve Murphy. You may not know their names, but you went to their concerts, heard them on the radio, watched them on TV, and bought their records. They have appeared on over eighty five albums, won multiple Gold and Platinum Recording Awards, Emmy nominations, Telly Awards, Clio Awards and more. 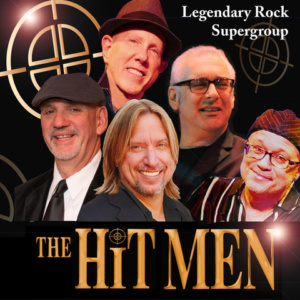 Magda KatzMay 22, 2022
Read More
Scroll for more
Tap
T2C Talks to Mike Greenly
My View: Jamie deRoy Has Some Special Friends at The Friars – An Evening Hosted by Maltby & Shire