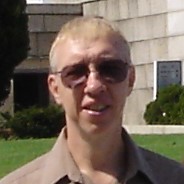 Dan Kavulish has been a writer most of his life. He wrote his first play at the age of 18. His second play was produced for a local TV station in Hartford, CT.  “Out There,” a recent one-act and companion piece to “Swan Song,” was recently given a staged reading for the Village Playwrights in Manhattan. He holds an MFA in writing from Columbia University and is a member of the Dramatists Guild.His soon to be published novel, “The Fortunate Isles” chronicles the life of a gay man in New York City during the turbulent last three decades of the twentieth century.

In Swan Song old conflicts emerge when Philip visits his mom in a Florida retirement facility. After many years, he still struggles to stand his ground against her overpowering personality. However, the stakes are now much higher, forcing him to take decisive action.

Swan Song is part of the NY SummerFest at The Hudson Theatre Guild, 441 West 26 Street (between 9th and 10th Avenues). Performances are August 6th at 9pm, 8th at 9pm and the 11th at 6pm.
Related ItemsDan KavulishElder CaregayNewNY SummerfestParents ApprovalplaywrightSwan SongThe Fortunate Isles
Off Broadway