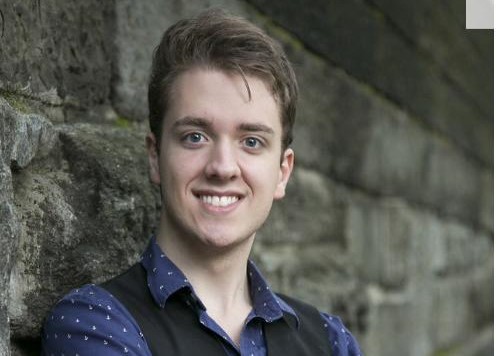 Meet The Playwrights of NY SummerFest: Harper Craven a Young Composer/Lyricist and Playwright Who Dreams of Having a Voice

Meet The Playwrights of NY SummerFest: Harper Craven a Young Composer/Lyricist and Playwright Who Dreams of Having a Voice 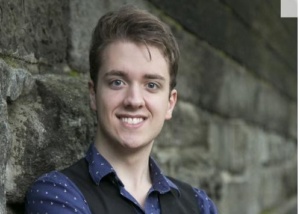 Harper Craven is a 22 year old composer/lyricist/playwright in New York City. He was born and raised in Baltimore, Maryland and moved to New York City when he was 18 to study musical theatre at AMDA. He graduated in 2016 with a certificate of completion and auditioned for awhile before gradually moving towards writing his own musicals. His career change was a bit of an adjustment for his parents which led brilliantly into the plot of his first musical Insanity in the City.

Two of Harper’s biggest influences are Lord Andrew Lloyd Webber and Sir Tim Rice who wrote two of Harper’s favorite musicals, Joseph and the Amazing Technicolor Dreamcoat and Jesus Christ Superstar. Harper saw the 1973 movie version of Superstar and was transfixed by the storytelling and the score that he wanted to tell a story the same way Sir Andrew and Tim did with that piece. And his first Broadway show was Green Day’s American Idiot which showed that pop/rock music really can be an intricate part of storytelling and emotions of a musical.

Harper is writing all day every day. When he’s at his apartment he’s usually coming up with storylines, writing scripts, or composing songs. When on his way to usher at the Lyric Theatre for Harry Potter and the Cursed Child he’s revising lyrics or storylines on the subway. Always wanting to have another project lined up. That way if something doesn’t work he can pull another one out of the hat or have another one to look forward to. In a similar vein as Jim Henson did with all the projects he created and worked on.

All Harper wants to do is write small, character driven stories with contemporary dialogue, compelling lyrics, and catchy poppy songs that at the same time fit the emotion of the characters. Like every writer, he wants whoever sees his musicals to take something, anything away from it.

Insanity in the City takes place in New York City and follows Connor Van Holden. Connor went to college as a musical theatre major, with his best friend, Rhiannon Delacroix. While she is happy to continue auditioning, Connor is going down a different path.  Connor hates auditioning and loves the joy that writing his own musicals brings him. When Connor decides to pursue that instead, his parents back in his hometown, of Upstate New York, Danielle and Ross are disappointed. Connor has acted his entire life and has a degree in musical theatre. They want him to focus on that because they believe Connor has a career in acting and since they are paying Connor’s rent to live in New York, they have contemplated cancelling his lease and bringing him back home.

At an audition signed up for by his parents, he sings the first song he everwrote “Here Goes.” Director Jack Michaels and his girlfriend, writer Nicole Winters hear the song outside. Connor tells them he wrote the song and Jack decides that he wants to work with him in order to get his show on its feet. But when they actually work on the piece, Jack and Nicole see how much work is needed, but don’t tell Connor. Nicole is not much of a speaker, and Jack doesn’t want to diminish Connor’s spirit. Meanwhile, Rhiannon is worried that Connor is focusing too much on his writing and not their friendship, or his well-being. Which are the most important things to her.