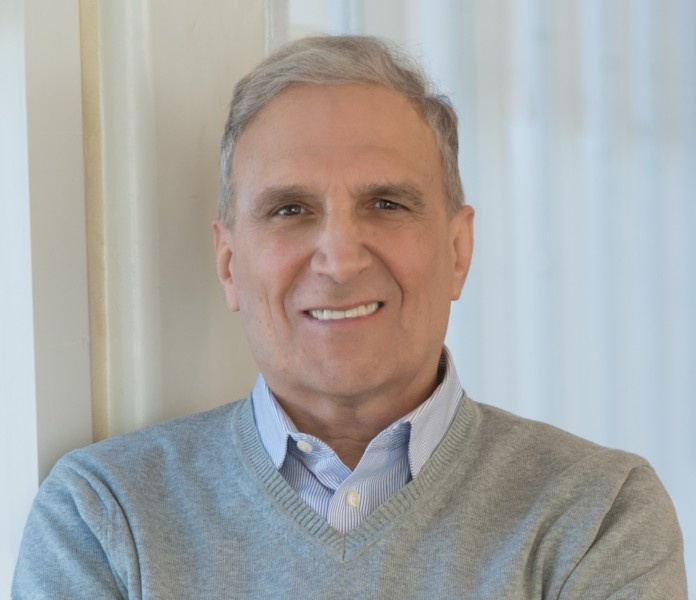 Joseph Vitale marks the beginning of his love affair with theater to the day his high school English Lit teacher brought a group of freshman students to see the Broadway production of Peter Shaffer’s The Royal Hunt of the Sun. “It was the first time I was ever in a professional theater and I was mesmerized,” says Vitale. “So many years later, I can still remember the lighting, the music, the unforgettable scene where Pizarro waits for the Inca King Atahualpa to rise from the dead. I was hooked.”

That infatuation led Vitale – whose latest play, Dragons in the Crease, is opening at New York’s Hudson Guild Theater in September – to begin writing plays as a student at Rutgers University and later to enroll in New York’s HB Studio. About 10 years ago, he joined the playwrights’ workshop of The Theater Project, a small, award-winning Equity theater in central New Jersey. In addition to writing for the workshop, he serves on The Theater Project’s board and runs the theater’s annual short-play contest, “Think Fast.”

“In addition to writing for the theater, it’s so important to nurture theater, especially in small communities, and to continue to cultivate an audience,” he says. “Theater is not engaging the younger audience and we’ve got to find ways to get them in.”

A semi-finalist for the 2012 Eugene O’Neill Theater/National Playwrights Conference, he is the author of a number of plays, including, Back Channel, a play about the Cuban Missile Crisis, which was performed at The Theater Project in April 2018.

Murrow, his one-man show about the life of Edward R. Murrow (called “a dramatic masterpiece” by theHuffington Post), was performed Off-Off Broadway in 2016 at The Phoenix Theatre Ensemble and later as part of the ACANSA Arts Festival in Little Rock, AR.

“Writing Murrow was an exhausting but exhilarating experience,” says Vitale, who has a master’s degree in journalism from Columbia University and who worked for 15 years as a reporter and editor in New York and New Jersey. “Researching the life of this ground-breaking journalist and broadcasting pioneer made me realize how much he still has to say about the media and the changing role of news gathering in our society. An added bonus was getting to meet Murrow’s son, Casey, who granted me the rights to use certain material for the play and who attended one of the performances in New York. A true gentleman.”

Vitale’s 2011 play, The Fourth State of Matter,was performed at the Theater for the New City in New York and was later nominated for the National Playwrights Conference. His one-acts have been produced around the country.

The title comes from a line in an Emily Dickinson poem and the play is based on an incident that occurred at a small college some 10 years ago. A student with a severe stutter was given a note by his professor asking him not to speak in class but to write his questions down. Although considered by the teacher as a way to facilitate the class while, at the same time, giving the student a chance to express himself, the request was viewed by the boy and his father as an infringement of his rights.

“The incident, which would have ordinarily remained between the student, the professor and the college, wound up in the pages of the New York Timesand became something of a cause celebre, changing the lives of those involved forever,” says Vitale. There were stories in major newspapers, segments on cable TV news and a virtual firestorm online.

“The event became, for me, emblematic of something happening in our culture,” says Vitale. “Without knowing all the facts and often the subtleties of a situation, hundreds – sometimes thousands – of people make instant judgements, condemning people and often subjecting them to vilification and even threats. The Internet and social media are wonderful tools, but my fear is we’re becoming tools of the technology. Without recognizing it, we’re being conditioned and pressured into thinking and acting in ways that would have seemed alien to us only a few years ago. The demands for instantaneous opinion and online peer pressure are changing the way we interact with the world and each other. I guess you can call Dragons in the Creasea commentary and a cautionary tale.”

Tickets for Dragons can be purchased by visiting: newyorktheaterfestival.com/dragons-in-the-crease. For more about Joseph Vitale, visit:www.murrowtheplay.com