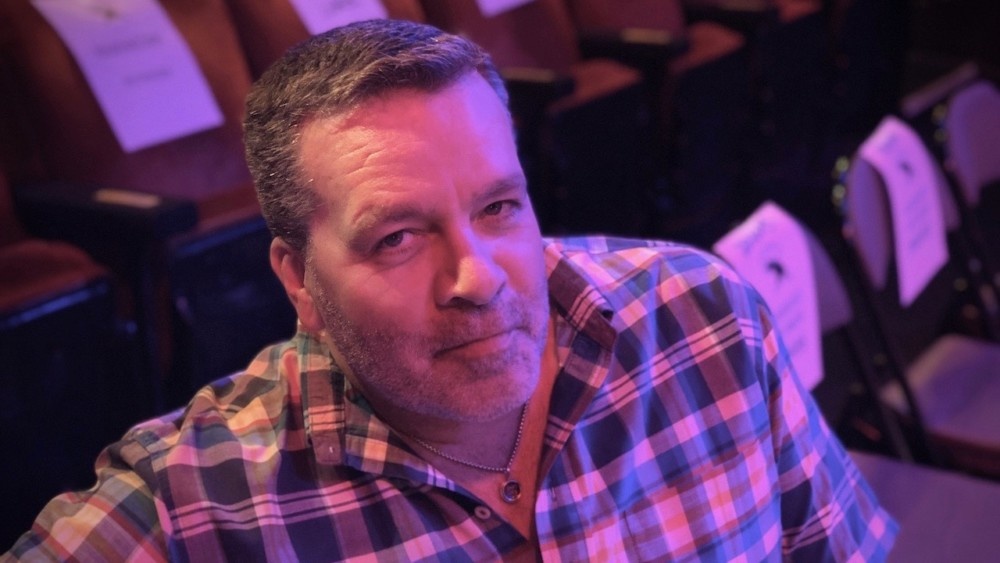 Sean Chandler’s produced works include “At The Flash” (Pride Films and Plays Great Gay Play and Musical Contest Winner, Oscar Wilde Best New Work Nomination–Dublin Gay Theatre Festival, Outstanding Solo Performance–New York Fringe Festival) and “We The People” Produced In 2018 At Stage 733 In Chicago. Sean is also the Creator/Host of the New York-based “Your Program Is Your Ticket” Theater Vodcast/Podcast. Now his new work Running: A New Play, will be playing at the upcoming New York Theater Summerfest.

What happens to the family after the politician falls from grace?

This question is proposed by playwright Sean Chandler in his new work Running: A New Play.

“I was always fascinated, not so much by the fall of the politician, but by the family standing behind the politician. Shocked faces seemed to mask more than we, the outsiders, can even comprehend. And we never seem to find out how the family survived the fallout of such a public humiliation.”

Chandler’s play takes us into the lives of The Shirko family. Patriarch Ed Shirko is running for mayor of the fictitious city of Richter. Immediately found in a compromising position, Ed contends with his wife Camille, adult children Justin and Cassidy and vice mayor candidate Leslie Marks.

“In analyzing the aftermath of such situations, I thought to myself that duplicity seems to be a strong, common element and when that type of behavior is being practiced within the family dynamic, the propensity for years of damage would be quite high. The corrosive lying had to be taking its toll on the family unit. The relationships most likely became disingenuous and broke down long before the reveal.”

Running: A New Play examines that theory and asks us to see beyond the shock and dismantling of the Shirko’s.

“In pushing the theory further, I realized that when the Shirko family started being honest and genuine with each other, while the relationships dramatically shifted, they began to heal. Speaking the truth say’s “This is it. You know the worst. Where do we go from here?” The family can then reengineer itself in that truth.”

While the catalyst of Running: A New Play comes from Ed’s behavior, the rest of the family doesn’t get off scot-free.

“Each of the characters in the play have essentially been running from something in their lives and must eventually confront their own role in the disintegration of the family unit and the campaign that drives the action. Nobody is perfect, we all certainly struggle with something and we can all choose redemption at any point in our life.”

Running: A New Play will play the NY Theater Festival’s Summerfest at the Hudson Guild Theater on Tuesday, August 20that 6:15pm, Saturday, August 24that 9:00pm and Sunday August 25that 1:30pm.