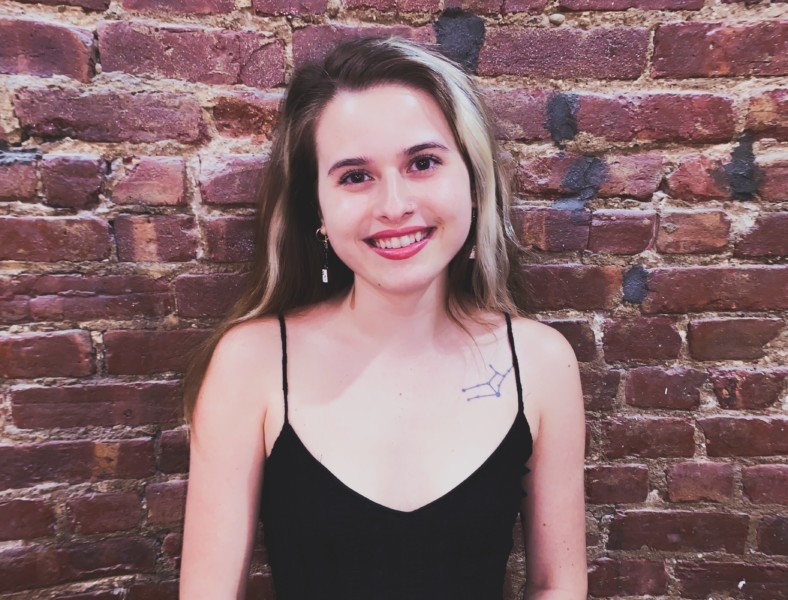 Alexandra Montesino has been writing since she was in elementary school and doesn’t plan on stopping anytime soon. What started as extremely embarrassing Harry Potter fan-fictions, quickly (but not quickly enough) turned into more serious stories. In high school she entered a district playwriting competition and won Critic’s Choice. That was the boost of confidence she needed to realize that she wanted to create theater for the rest of her life.

Alex has always been the youngest amongst her peers, but it’s never stopped her from pursuing what she wanted. She moved out of the house when she was 17 years old, and has been creating non-stop ever since. She pursued a one year Screenwriting degree in Pittsburgh and created several scripts, but quickly realized her heart belonged to New York City. She withdrew from school, after her second semester. Her time in Pittsburgh was not completely moot, however, as she worked for the Pittsburgh Cultural Trust’s Children’s Theater division as a programming intern, and discovered another of her most significant passions: working with children.

She moved to New York at 19 without a specific plan, but with plenty of determination. All she had was a futon in her friend’s dorm room, and a couple of suitcases filled, mostly with books and her extensive rock collection (she did not consider how obscenely heavy these interests would be to carry). Within two days she got a job hosting at a restaurant, and within three weeks she had her first apartment. She is absolutely thrilled to be making a life for herself in the city she had always dreamed of living in. After a few months she realized how deeply she missed working with children, and found a job as an after-school teacher at a public school in Inwood. She continued to crank out short plays, whenever she had a spare moment.

Alex is beyond excited to be finally making her artistic debut in New York at SummerFest. She creates pieces that combine fantasy and realism in order to talk about simple issues that affect her life in a very non-simple way. Her play Self-Defense does just that.

Slightly hyper-realistic and extremely stylized, Self-Defense focuses on the story of Eli, a young girl who dreams of learning how to physically defend herself. Her father William, however, a blacksmith, demands she only wear his armor, and tells her that any other form of self-defense is useless.

Suzanna BowlingJune 25, 2019
Read More
Scroll for more
Tap
Broadway is Getting a Museum in Times Square
Hillary and Clinton an Unbiased Look at a Cultural Figure