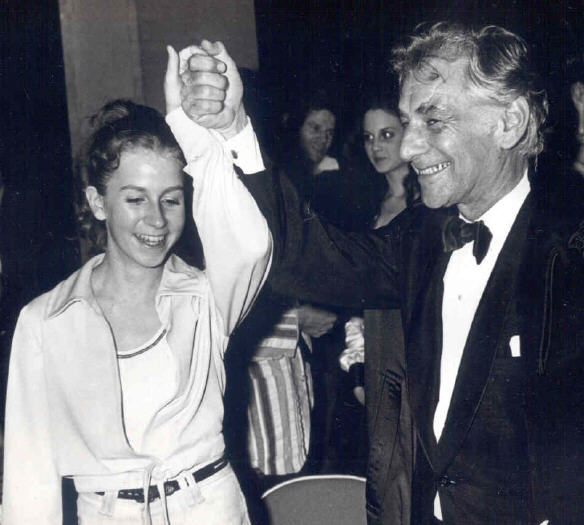 Meet The Playwrights of SummerFest: Andrea Andresakis Brings Experience and an Extensive Background to Her Work

Meet The Playwrights of SummerFest: Andrea Andresakis Brings Experience and an Extensive Background to Her Work 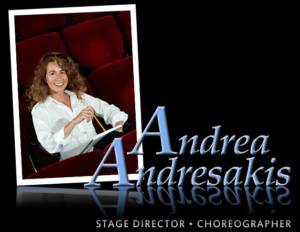 The Lake of Sorrows now playing at the NY Summerfest is a collaborative trio – playwright E. Thomalen, director and choreographer Andrea Andresakis, and composer Edward W. Hardy. This adaptation of the timeless ballet, Swan Lake as part of the annual Summerfest plays at The Hudson Guild Theater, with performances still available the 23rd at 6:15pm and the 26th at 3:30pm. This is Ms. Andresakis second collaboration with Mr. Thomalen and Mr. Hardy, having worked with them previously on The Pearl Diver.

Andrea Andresakis is an experienced Stage Director/Choreographer/Teaching Artist. In her dynamic productions, which range from musical theatre to drama, opera and dance, she allows each medium to inform the others. Her wide range of creative and technical skills coalesce into truthful and imaginative stories. Adapting her approach to the specific and evolving needs of the production.

A native New Yorker, Ms. Andresakis grew up in the landmark Ansonia Hotel on Broadway with the ghosts of Florence Ziegfeld, Tony Curtis and Enrico Caruso roaming the halls. From an early age, she had duel paths in drama and dance. Her father, an actor, producer and Emmy award winning film maker, weaned her on Stanislavsky. While her pianist mother played Chopin and Gershwin, young Andrea would leap and twirl around the living room. The family attended Broadway shows religiously every Thursday night.

Ms. Andresakis began her performing career dancing choreography by George Balanchine and Jerome Robbins at the age of nine. Graduating from the High School of Performing Arts drama department, she appeared in both the film and television series Fame. On Broadway, she performed in A Tribute to Angela Lansbury at the Majestic Theatre. At Lincoln Center, she played Young Alma in Summer and Smoke and performed in several operas including the original production of Turandot directed by Franco Zefferelli at the Metropolitan Opera. At City Center, she danced works by Alvin Ailey and Mercedes Ellington including Memoria, a tribute to Joyce Trisler.

Making the transition from performer to director/choreographer, Ms. Andresakis had the privilege of mentoring under several masters. She worked with the iconic Onna White (Music Man, Oliver, Mame) to develop original choreography for a stage version of The Wizard of Oz which opened at Radio City Music Hall and toured the US. At New York Stage and Film, she was the SDC Observer for the workshop of the Broadway bound On A Clear Day You Can See Forever, directed by Michael Mayer and choreographed by JoAnn Hunter. At Chautauqua Opera, she assisted Artistic Director, Jay Lessenger. At the Broadhurst Theatre on Broadway she assisted Jacques d’Amboise on Dancin’ Man, Peter Gennaro. At The American Playwright’s Theatre, she assisted founder and Artistic Director, Dr. Frances Galton.

Ms. Andresakis has dozens of New York City credits, including the direction and choreography of popular shows such as Little Shop of Horrors, adaptations such as The Little Prince, historical pieces such as Nellie (about the groundbreaking journalist Nellie Bly) and original work. In 2013 she directed the world premiere of Spandex, A New Musical for all Sizes and in 2014, she directed the world premiere of My Purple Wig, both Off Broadway. In 2015, she directed a new Albeeesque play entitled, The Egg Progect for the NYC International Fringe Festival.

Ms. Andresakis has choreographed many musicals and plays including Final Analysis at The Signature Theatre and Ray Bradbury’s Fahrenheit 451 at Wing’s Theatre.

At the Barrington Stage Company, she was thrilled to direct an age-appropriate production of Fame. As choreographer of the revival of Michael Bennett’s Ballroom at Broadway at the Center in Virginia. Her teacher, Pierre Dulaine, was the subject of the films Mad Hot Ballroom and Take the Lead. Other regional productions include American classics such as Crimes of The Heart, new works such as Family Penalty (in Hollywood) and the east coast premiere of The Marvelous Wonderettes.

With her piano and voice training as well as her experience at The Metropolitan and NYC Opera, Ms. Andresakis has directed operas ranging from Bernstein to Verdi to Gilbert and Sullivan.

She spent a year in Anchorage as Resident Choreographer for the Alaska Dance Theatre where she created Peter and the Wolf, Fables and Tales (a full length story ballet) and Someone is Speaking, a pop/rock ballet to songs by the Beatles. In 2014, she ventured to New Delhi India for five months to teach and choreograph The Beatles in India for the company Musical Dreams.

As a teaching artist, Ms. Andresakis has taught, directed and/or choreographed at SUNY, Purchase; CUNY, Queens College; Georgetown University and Johns Hopkins University. In 2013, Eastern Mennonite University received a grant from the Stage Director’s and Choreographer’s Foundation to invite Ms. Andresakis to direct their production of Arms and The Man by George Bernard Shaw. She is currently on the faculty of NY Film Academy.