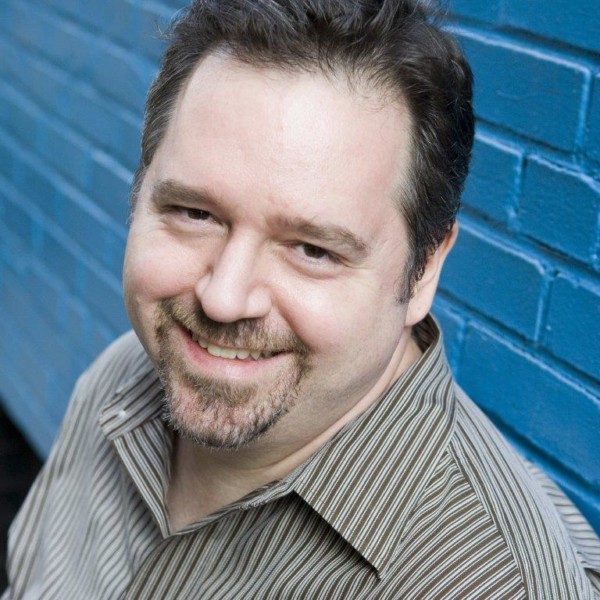 Meet the Playwrights of Summerfest: Eugene Martin Grygo It All Started with a Musical

Meet the Playwrights of Summerfest: Eugene Martin Grygo It All Started with a Musical 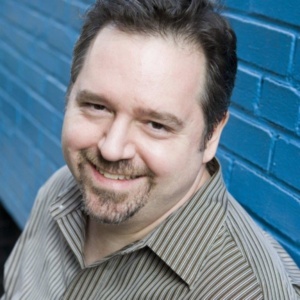 Over the past three decades, Eugene Martin Grygo has worked in theater, comedy, fiction, nonfiction and journalism. He has won awards for his accomplishments as a playwright because of his unique abilities to mix comedy and tragedy, bring new insights to difficult material, and delve into the various facets of identity.

His first introduction to theater was an assignment to write the original book for a musical-comedy-melodrama Flaming Saddles: A Gay Cowboy Melodrama, for the Silicon Valley Gay Men’s Chorus. He was asked to create characters and a plot around the songs for the show, which were standards from the American songbook with a few, queer twists.

Grygo, who had moved to Boston from Pennsylvania in the 1980’s, used the skills he honed while writing and acting for The Deep End, a comedy TV series for a Boston public access cable channel. He developed characters, wrote sketches and performed for the group in 1989 and applied those lessons to his first paid assignment ever in theater.

The musical melodrama was meant to help raise funds for the chorus and to spread awareness for local AIDS charities. He was on the hook to present a script that would make people laugh and cry and that would fill seats for the event. He found that his mix of humor and pathos worked and the show was a very successful moneymaker for the chorus when it was produced in March and April 1991.

Things had gone so well with “Flaming Saddles” that the Silicon Valley Gay Men’s Chorus asked Grygo to write another musical-comedy-melodrama peppered with great standards. This time “Heels” was the story about mobsters, mascara, hidden identities, a few murders and a good pair of heels in the Prohibition era. The production had its initial run in March and April 1992 and proved to be another successful moneymaker for the chorus.

However, the economic recession of the early 1990’s meant that Grygo’s journalism opportunities in California were drying up and he would have to move back to Boston to pursue other sources of income.

What didn’t change was that he was bitten by the theater bug. When he returned to Boston, Grygo got involved in a workshop, the Blue Moon Playwrights, and he worked on furthering his playwriting craft. He wrote Saddlesore, a full-length, gay farce about a drag queen ghostess who must fix a failing gay male couple’s marriage so that she can get into heaven. The ghostess uses virtual reality technology and pulls a few supernatural strings to send the couple back in time to a gay cowboy town “Poke City.”

In this virtual reality world, the couple is allowed to work out its problems via a variety of scenarios. The ghostess must get them back together in time for her last chance to be elevated to heaven. The piece had a workshop production in Boston in January 1996 and Grygo insists that it would make an excellent musical.

One Last Chance to Get to New York City

Juggling a journalism career and a love for theater is challenging and Grygo found that he was being called to New York. The late 1990’s being a good time for the economy, Grygo heard from a headhunter who offered to increase his salary by 85 percent if he would move to New York City, which he promptly did in 1997.

Once he got settled in New York, Grygo explored as much as he could without losing his day job. He took a very challenging poetry workshop with poet Eileen Myles. He did volunteer editorial and administrative work for Painted Leaf Press, a groundbreaking, independent press overseen by the late, acclaimed landscape artist and true pioneer Bill Sullivan. His work for Painted Leaf Press earned Grygo a Lambda Literary Award nomination as he was a finalist for a nonfiction anthology, “Mama’s Boy: Gay Men Write About Their Mothers.” He co-edited the book with poet Dean Kostos.

Grygo joined a playwriting workshop with award-winning playwright Paul Selig, and, inspired, he kept searching for his niche.

By chance, he became a member of the playwriting lab of Curt Dempster, the late artistic director and co-founder of the Ensemble Studio Theatre (EST) in New York, N.Y. Dempster handpicked the members of this amazing group of writers and Grygo stayed with the group from 1999 to 2006.

During the Dempster workshop, Grygo’s work began to get recognized.

He demonstrated his capacity for offbeat comedy with his play, Brona and Alberto a 10-minute comedy about two members of a dating survivors’ group that have their first date as Brona contemplates leaving town forever. The play had its first production in New York via the Initial Stages troupe of the Workshop Theater in September 2002. When Grygo was part of the Initial Stages group, he did standup comedy, wrote sketches and performed for live shows weekly from 2002 to 2004.

Brona and Alberto later had a production in March and April 2010 in the “Really Short Play Festival” of the Manhattan Repertory Theatre in New York, N.Y.

Grygo’s experimental work also got attention. Priscilla, a monologue developed during the Dempster workshop was part of a special production at the EST Lexington Center in August 2002, in Lexington, N.Y.

Grygo’s expanding range also became clear with Graduation, a 10-minute drama about a young man who has a last chance to start a new life with his college roommate, another man, who is denying the mutual love that will profoundly change their lives.

The play was a semi-finalist in The Strawberry Festival, August 2006, in New York City and the script was included in a Strawberry Festival anthology, published in 2007 [http://bit.ly/1Qrj8PT]. The play was produced a second time and was a finalist in the short play contest of the Fresh Fruit Festival with performances in May and July 2011 in New York City.

While Grygo’s short plays were getting produced, he was securing readings of his full-length plays such as:

By 2013, Grygo had hit a key milestone with his comedy, A Session to Remember, which won the Best Play, Best Actress, Best Actor and Audience Favorite awards at the 2013 Unchained Theatre Festival of the Variations Theatre Group in New York, N.Y. The 30-minute comedy focuses on a man in his thirties who needs an emergency therapy session in a last-ditch attempt to have the breakthrough he needs to ask his girlfriend to marry him. He knows his unorthodox therapist will go to great lengths to help him. What he doesn’t know is that his therapist may be in love with him. (In addition to the Unchained Theatre Festival, the play was a semi-finalist in The Network’s One-Act Festival, inaugurated in March 2009.)

Grygo returned to the Unchained Theatre Festival two years later with “The Door to Home,” a 30-minute drama (with lots of comedy) that is “a touching look at the bond between an aging woman and her grown son,” according to a reviewer for The Queens Chronicle, an award-winning weekly newspaper serving the borough of Queens. The play had its first production during the month of June 2015.

Other Achievements and Works-in-Progress

Grygo is continuing to pursue his dream of creating theater while he explores television and movie opportunities and, yes, coming full circle, musicals.

Grygo is a member of the Dramatists Guild of America.