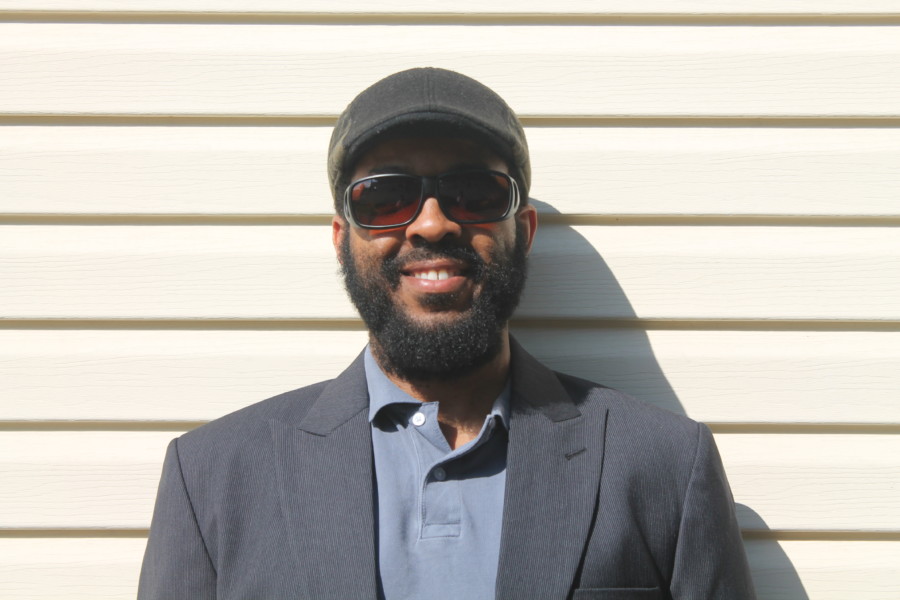 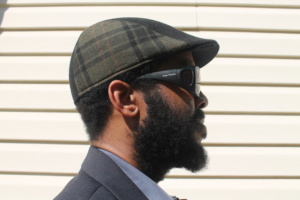 Jared Lee Taylor’s Hustle Til It Hurt debuts August 17th, 19th, and 20th at the New York Theater Festival in The Hudson Guild Theater, 441 West 26th Street in Manhattan. Taylor f/k/a Grand Agent, was last seen hanging up his rap microphone in the documentary, One Last Shot. The Philly born rapper found a degree of success in Europe around the turn of the century. He got his start in the early 90’s, running the streets of Philadelphia with a crew called NAME. A solo career began with the 2001 release of the cult classic By Design. His parent label, Groove Attack, was based in Cologne, Germany where Jared would relocate to maximize his deal.

While in Cologne, Taylor toured the continent many times over, performing and recording with the likes of legends: Pete Rock, Lord Finesse, Large Pro, Common, Madlib, Hi-Tek and many more among them. That career lost a bit of steam when he returned to the United States in early 2004. In the documentary, having become a single father of his then 4-year-old son, he opts for stable income. Stability meant driving hazardous materials in a tractor trailer. While he hung up his mic, he kept his pen active, writing ideas for the stage and screen.

By that time, more than ten years in the rap game, and at least as many albums released, Jared found himself back in LA where he signed his first record deal. This go-round he created and successfully pitched a TV pilot, and began writing lyrics for music libraries including Megatrax, Jack D. Elliot and John Fulford Music. His last post in Hollywood before returning to the east coast was as a script analyst. All the while Jared continued to record and release rap records under the Grand Agent pseudonym, but he’d discovered himself to be a natural born producer.

After driving for a living and dabbling in other arms of entertainment for 7 years in Los Angeles, he returned to the East Coast. In March, Taylor was a passenger in a tractor trailer traveling through Pennsylvania, when his co-driver lost control and the truck slid off an overpass and landing on the road below. He was MedEvac’d to the nearest trauma hospital in Pittsburgh, injured but alive.

With his return to the east coast in 2016, came another unexpected return to his roots. A band mate in his original crew NAME, Ozzie Jones, had long since been a theater director. When he suggested Jared take one of his songs and imagine what happens in the story after the record goes off, a Hip-Hop playwright was born.

During rehab, he focused on one of his scripts, the aptly titled Hustle Til It Hurt, submitted it to NY Theater Festival’s SummerFest and was accepted. He reached back to Ozzie to direct the play. Jones currently serves as Artistic Director for both The Well and Rhythm One Productions and has won and been nominated for various theatrical awards, including both the Olivier and the Bessie. He was the first African-American to direct a play for an Irish theater company in Ireland.

While Taylor didn’t find mainstream Hip-Hop success in America, he did make an impact.  His 20+ year career was full of critical acclaim from various media outlets.  The Source stated, “this MC keeps the art of lyricism alive,” XXL declared that, “underground or not, he can hang with the big dawgs,” and Vibe called him “prodigiously lyrical.” His music was the soundtrack to the Eric Holder/Dept of Justice funded documentary about youth violence, My Block Is Crazy.

“Because I have in Ozzie Jones, a friend, a great director and mentor, I was given a writing assignment that made the transition from writing a song to writing a play probably as seamless as it could be.” Hustle ‘Til It Hurt is based on Taylor’s song from an album by the same name. Smooth Jazz tells the unlikely something-like-love story of Richie and Jackie. Jackie is a hustler-of-all-trades. She has it all -she thinks. Richie is a by-the-books young attorney -or is he? Are bad girls really gone forever? Do nice guys really not get laid? Can this ill-conceived couple convince themselves to make a go of it? The action is set to Taylor’s original Hip-Hop jams.

Tickets and Showtimes for Hustle ‘Til It Hurt can be found at http://JaredLeeTaylor.com

Suzanna BowlingApril 19, 2021
Read More
Scroll for more
Tap
Meet the Playwrights of Summerfest: Rosalinde Block
What To Look For This Summer On Broadway and Off