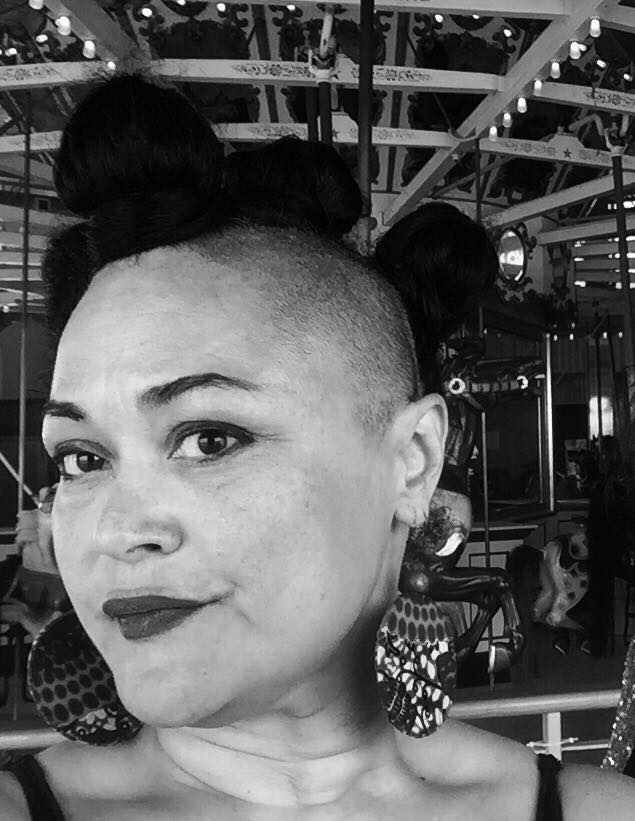 Meet the Playwrights of Summerfest: Melanie Maria Goodreaux is a Poet and a Playwright

Meet the Playwrights of Summerfest: Melanie Maria Goodreaux is a Poet and a Playwright

Melanie Maria Goodreaux is a poet, playwright, and native of New Orleans. Douglas Turner Ward of the original Negro Ensemble Theater Co, calls her work, “a cornucopia of imaginative theatricality, written with enormous energy and poetic sensibility.” Melanie Maria’s poetry and plays, ‘Saydee and Deelores,’ ‘Walter, Bullets, and Binoculars,’ ‘SWAP,’ and ‘Katrina Who?!’—have been featured at The Nuyorican Poets Café, HOWL Festival, Chelsea Playhouse, the Elephant Theater in Los Angeles, the National Black Arts Festival, the Louisiana Jazz and Heritage Foundation Center, MoMA PS 1, and A Gathering of the Tribes. Her work was recently published in “WSQ Magazine-The Feminist Press,” “The Dream Closet,” and “Word.”  Her latest play, Enough Vo5 for the Universe, is an Afro-futurist inspired tale of the last three black women on a dystopian earth in the year 2097 and the comedic carnage that results. Always expanding creatively, the author is currently working on a novel titled “The Book of Bernadine,” featuring a lead heroine that flows through the musicality and misadventures of her hometown New Orleans. Melanie Maria Goodreaux has been mentored by Steve Cannon of The Gathering of the Tribes, the late dramaturg Anthony Saralegui and Charles E. Drew Jr. She teaches creative writing and drama with Urban Arts Partnership, and Creative Theatrics in New York City. She is thrilled to be part of Summerfest this year.