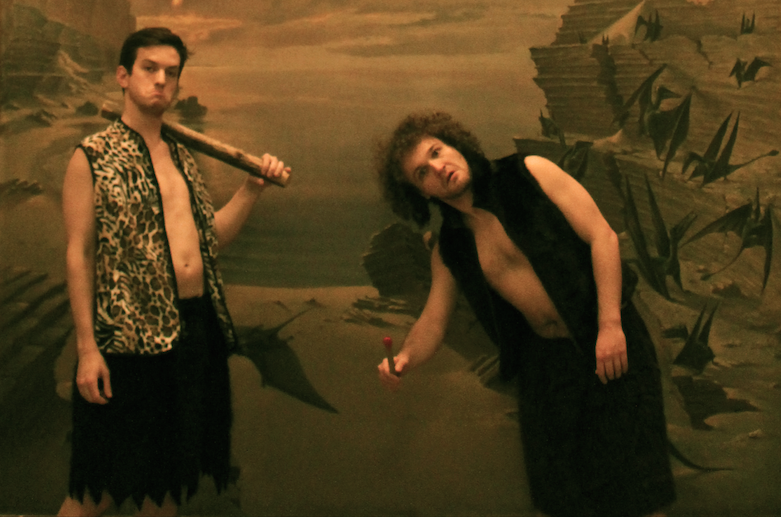 Meet the Playwrights of Summerfest: Simon Riker and Emerson Sieverts a Collaborative Duo

Meet the Playwrights of Summerfest: Simon Riker and Emerson Sieverts a Collaborative Duo 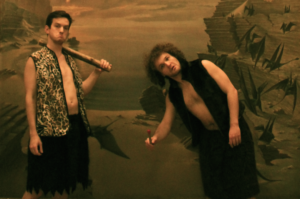 Simon Riker and and Emerson Sieverts are the writer-composer pair behind Me Prometheus, an original musical comedy about the discovery of fire, which is about to play to four sold-out houses in the New York Theatre Festival. Simon conceived of the show in 2010 and joined with Emerson as a collaborator in all aspects of the work (music, lyrics, book, orchestrations) in 2012. Since then, the two had already produced the show twice: once at Wesleyan, where Simon graduated in ’14, and again at William & Mary, where Emerson graduated in ’15. Here’s some background on the writers:

Simon Riker is a composer, music director, singer, and keyboardist. He studied Music and Sociology at Wesleyan University, where he began writing Me Prometheus in 2010, ultimately producing it as an Honors thesis. His music career started in his hometown of Rye, NY, as an accompanist for a Rye Middle School musical in 2005. Since then, he’s worked as the Associate Music Director at the Summer Theatre of New Canaan, as Music Director at The Play Group Theatre (White Plains), and has performed at 54 Below, Westchester Broadway Theatre, and the White Plains Performing Arts Center. Currently, he is a choral section leader at Christ’s Church, Rye, and Associate Product Manager at tech startup, Axial. Me Prometheus is the only musical he’s ever written, and he plans to continue to work on it with Emerson as long as it remains so rewarding.

Emerson Sieverts is a composer, director, and performer of classical and contemporary music. Born in Washington D.C. and raised in Virginia, he joined the St. Paul’s K Street Choir of Men & Boys at the age of seven. Later, he received his undergraduate degree from The College of William & Mary, where he studied Music with a voice concentration, and also produced Me Prometheus as a senior thesis (Highest Honors). He now lives in Manhattan, where he is a regular tenor in the Cathedral Choir of St. John The Divine, Musica Sacra, and other choral ensembles. Performance highlights include appearing in the chorus of Mozart’s Die Zauberflöte with the Grammy-nominated Clarion Music Society, singing Brahms masterful Requiem with Musica Sacra, and appearing as a soloist in Bach’s St. John Passion at Carnegie Hall with MasterVoices. Emerson also enjoys playing bass guitar with his bands, Sweater Rock and Imitation Crab.