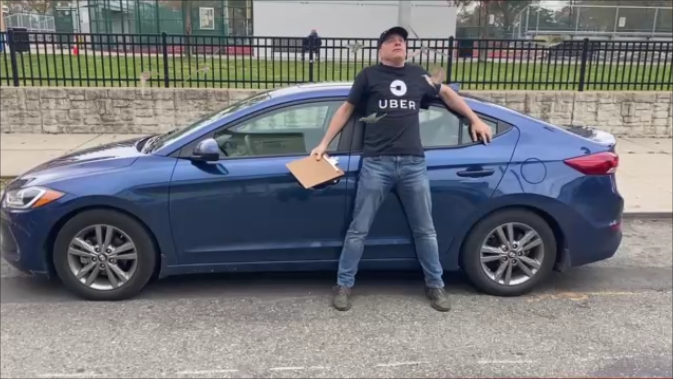 Joe Mahedy, the author of Uber Taxi Cab Confessions, worked in New York City for the last 35 years as a Broadcast Television Systems Integrator. He designed and built TV studio and production facilities for many of the broadcast and cable networks, as well as the NY Yankees YES Network studios.

He also was EIC on many music videos including Cyndi Lauper, Hall and Oats, while working, shooting and editing Mick Jagger and the Rolling Stones, Emotional Rescue videos.

In 1995, Joe formed a software company that marketed Broadcast Maintenance and Diagnostic software which was utilized in over 1000 TV and Radio stations around the world and eventually was commissioned to supply software to the U.S. D.o.D. for use on all their AFRTS bases around the world.

In 2015, Joe turned 65 and retired. Shortly after that, he was on the road, literally driving an Uber taxi for research on the appeal of Ride Sharing. Today he is completing his first nonfiction book and the Uber Taxi Cab Confessions has been adapted to a stage play.

On January 7th, 2020, Joe and his cast will present its first stage performance at the NYC Winterfest 2020 Festival.

Uber Taxi Cab Confessions stars stand-up comedian, Kurt Fitzpatrick. As “Uber Joe” reveals his funniest collection of rider experiences he is urged on by Jim Meskimen, a famous celebrity impressionist who narrated the Audible Version of Confessions. It took over two years to hone this material down and create a show that is laugh out loud hysterical.

All the stories are true with some saying too funny to be true. Come to the Winterfest and make up your own mind. Two clever reworked music videos open and close the production, with audience participation in Joe’s version of the popular Cash Cab series.