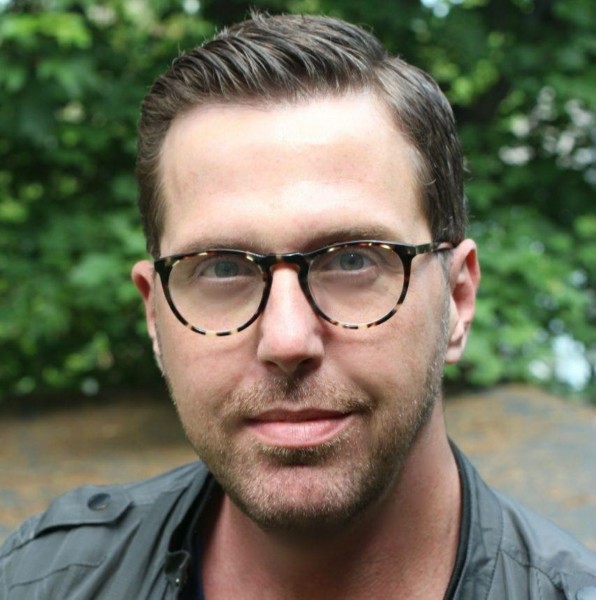 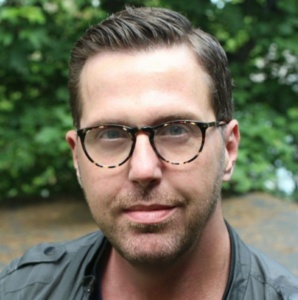 Jon-Marc McDonald is a current MFA student in the writing program at Columbia University. A native of Fort Worth, Tx, McDonald moved to New York City in 2001 to produce book signings for Barnes & Noble booksellers. McDonald then went on to work in communications for an international trade association before branching out on his own to become a publicist. Prior to moving to NYC, McDonald served as the youngest campaign manager in the nation in 1998 for Brian Babin’s unsuccessful congressional campaign (Babin finally won his congressional bid 2014 and currently serves in Congress as a member of the notorious Freedom Caucus). McDonald resigned from the campaign after an anonymous source threatened to out him as a homosexual. His resignation received widespread media attention for the sensational way it transpired.

There might not be a more relevant production for our times than that of McDonald’s new play Relatively Conscious. The play centers around the real-life brutal murder of James Byrd Jr. in 1998, tackling issues that are relevant to our current strife, and blends historical fiction with semi-autobiographical narratives that took place while McDonald served as campaign manager, including his outing and the brutal murder of Byrd, which took place just miles from where McDonald was working.
Relatively Conscious takes place at a diner in Jasper, Texas, the morning after Byrd was murdered, and tells the story of four disparate characters brought together by chance. As the plot unfolds, it becomes a who-done-it mystery as each character grows increasingly suspicious of the other. Racism, homophobia, AIDS-phobia, xenophobia, and more are all issues covered in the one-act 70 minute play.
McDonald states; “Relatively Conscious deals with a myriad of issues that are currently dividing this country. While the character of Preston-Scott (played by veteran actor, Paul Castree) is loosely based on me, the issues he is struggling with are universal. But the play is going to be controversial. It touches on topics we as a country in many ways still refuse to face. And it calls a lot of people out, some of whom you wouldn’t expect. There’s a lot to unpack and it leaves you with just as many questions as answers.” 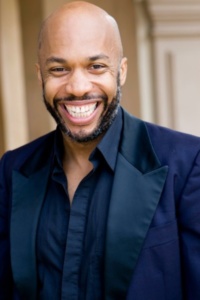 Relatively Conscious, is set to premiere at the New York WinterFest, February 6, 7, and 10th, is being produced by veteran actor, Richard E. Waits. Waits, who has been with the play since the first reading, felt so drawn to its message that he decided to take on not only an acting role in the play, but a producing role as well. Waits has performed both on and off-Broadway, as well as stages around the world, and often says that he and the other actors sometimes believe in the play more than McDonald. Waits says McDonald has a way of writing that illuminates the obvious, that’s somehow still hidden.

“The play features a cast of exceedingly accomplished actors of New York stage. Wynne Anders plays Lily, Gary Ray as Tony P., Paul Castree as Preston-Scott, and Waits, who not only stars in the play but is its executive producer, as Jimmy Arthur. It is being directed by the phenomenal Gerald vanHeerden. And the truth is, this full production of Relatively Conscious at the New York Winterfest Festival would not have been possible if not for Richard’s steady leadership. If you want a mountain mover, Richard moves mountains,” McDonald stated recently.
The director, Gerald vanHeerden, was picked by Waits for his vast experience on the New York stage. “Gerald is one of those Directors that’s about to hit! You know? The overnight sensation that’s been honing his craft years and just needs a new exciting piece to let the world know he’s here? Well, here he is,” Waits said.
McDonald reflected on all that has happened between his time as campaign manager and the writing of his play; “The fact is, five-and-a-half years ago I was hospitalized for ten days, because I had been drinking a half-gallon of vodka a day for most of my adult life. I was hoping alcohol would kill me so I didn’t have to take drastic action to do it myself. I had no job, no money, the cut-off notices had been sent. I was quite literally a few days from death by the time I made it to the hospital. For reasons I still can’t fathom, I haven’t had a drink since that hopital stay.  Getting my undergrad degree, Columbia, the play, my paper [the catalyst for the play] presented in Paris, all of it doesn’t hold a candle to one day of sobriety. I know it sounds cloyingly sentimental, but that’s the truth. Without my sobriety, none of this would be possible. And if I were to drink again, all this would disappear.”
Relatively Conscious: NY WinterFest, Hudson Guild Theater, 441 West 26th St. February 6 @ 9:00pm, February 7th @ 6:15pm and February 10th @ 3:30
For tickets: http://newyorktheaterfestival.com/relatively-conscious/
Contact information:
Richard E. Waits: @richardewaits across all social media platforms
Gerald vanHeerden:  www.geraldvanheerden.com.   gerald.mitf@gmail.com
Related ItemsAIDS-phobiaGerald VanHeerdenhomophobiaJon-Marc McDonaldNewracismRelatively ConsciousRichard E. WaitsWinterfestxenophobia
Off Broadway