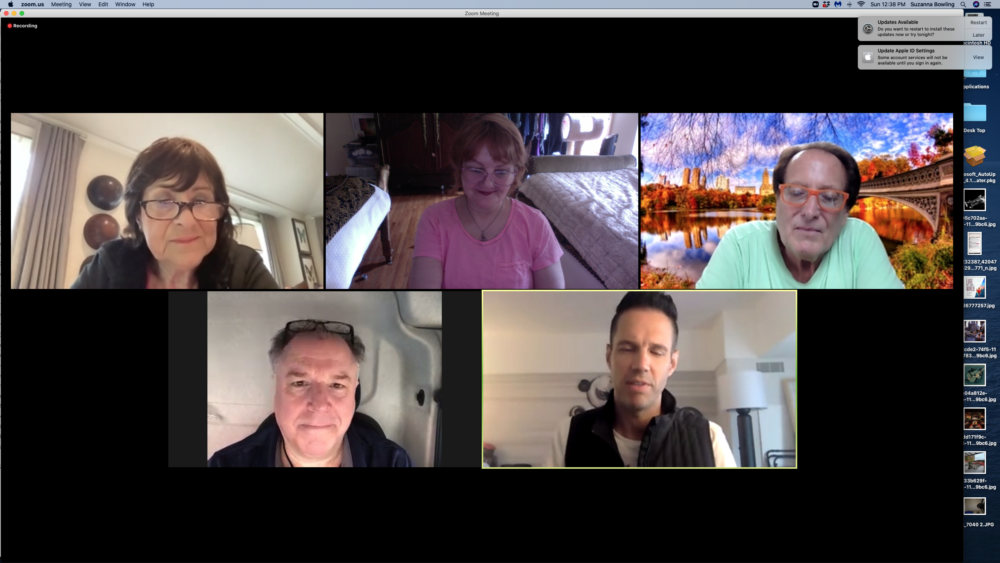 Growing up Osmond means you sing, dance and no matter what the show must go on. David Osmond, is one of eight sons born to Alan, the oldest of the famous Osmond Brothers. David, age 40, has a successful solo career and is the host of Wonderama, which will film in Times Square starting today for a whole year.

David was diagnosed with multiple sclerosis (MS) and went from a promising entertainer to a wheelchair.  Remarkably, it was the same diagnosis his father, Alan, had been given almost 30 years earlier. David and his father are not only living with MS today, they are thriving. “I realized life can go on and you can find ways around this disease just like my dad did.” David was able to get up and out of his wheelchair with powerful steroid shots that helped him walk down the aisle with his beautiful bride, Valerie.  “I proposed to her from my wheelchair and she said, Yes! He has not been back in his wheelchair since and the couple now has three beautiful daughters.

His positive approach and youthful energy helps bring Wonderama to life. The show is a revision of the children’s television program that originally appeared on the Metromedia-owned stations from 1955 to 1986, with WNEW-TV in New York City as its originating station. The new version of the show debuted on WPIX-TV in New York on 25 December 2016. The national rollout of the show on Tribune Broadcasting stations lead to the show being aired to 90 million households across the country.

“With everything going on in the world, it’s important that we are still creating opportunities for kids to just be kids and have fun,” said Charles Armstrong, CEO of Armstrong Interactive, Inc. and Wonderama Entertainment Holdings.  Armstrong has 35 Emmy nominations and 7 Emmy Awards, Mr. Armstrong is considered by many to be a TV programming visionary. Mr. Armstrong specializes in entertainment, media and Internet business strategies, start-up design, development, implementation, investment analysis, funding and management, and in creating Wonderama Holdings core product of syndicated entertainment. As President and CEO of Wonderama Holdings Chuck is responsible for the rebirth of “Wonderama, the number one TV show for kids for over two decades,” the latest project of Mr. Armstrong’s Hosted by David Osmond of the legendary Osmond Family of entertainers, and Coco & Breezy the twin sister power team brand luxury sunglass designers & DJ’s. Chuck is also an Emmy Award winning producer of Community Auditions, Star of the Day, Boston & NY Star of the Day hosted by Ernie Anastos on Fox 5 New York.

You can see Wonderama up close and personal in Times Square starting today until the end of the week.