Meet Zarah and Learn About B inTune Cares 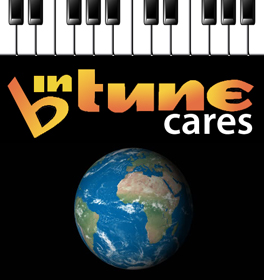 Meet Zarah and Learn About B inTune Cares

Zarah (born in Manila, Philippines) is an American television personality, writer, producer and recording artist. Her earlier work as a musician includes performing with the rock band Goo Goo Dolls. She later hosted a music-based teen show B InTune TV broadcasting in 120 million television homes in the US with broadcasting affiliates in 54 countries worldwide.

She has been involvemed with non-profits like the Grammy Foundation in the area that supports music and arts education for children.

“Music has healed a lot of my past,” states Zarah.

She has been a featured guest of Rihanna, Justin Timberlake, Beyoncé, Jared Leto, Clint Eastwood and the Rolling Stones just to name a few.

Zarah also worked on a children’s project with the rock band U2 in association with the Grammy Foundation where selected local high schools.

After her late husband Gene Maillard’s passed in 2020, Zarah decided it was time to channel her grief into action and re-launched her charity, B InTuneCARES.

Gene Maillard had 45 years of advancing music and arts education as the CEO of Very Special Arts (VSA) at the Kennedy Center and as the former Executive Director of the GRAMMY Foundation among others. After suffering such a devastating loss, Zarah is now committed to carrying on Gene’s legacy, and continuing the crucial services that B IntuneCARES will bring to children around the globe.

Partnering with various international programs and other major institutions, B InTuneCARES. will join in their annual celebration to advance the cause and values highlighting their humanitarian efforts for children around the world. The charity’s goal is to proliferate edutainment among today’s youth through media, fostering a love for music, the arts, creative education, and entertainment.