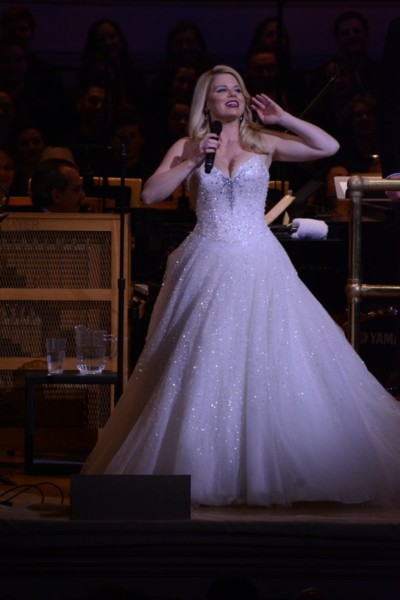 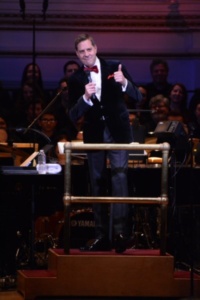 The New York Pops Christmas Concert was indeed The Most Wonderful Time of the Year. With the “Holiday Overture” lead by maestro Steven Reinke, both Christmas and Chanukah were acknowledged. 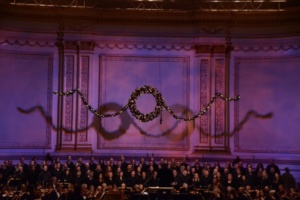 Judith Clurman’s Essential Voices USA, sang their traditional “We Need a Little Christmas” and I realized this was the first time this season I was hearing Christmas music. 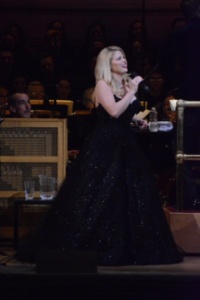 Megan Hilty and the orchestra performed songs from her holiday album, including the title song, “Winter Wonderland” and “The Christmas Song,” in her first set. 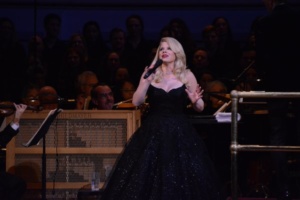 Megan, dazzled in a shimmering black evening gown as she released personal stories. 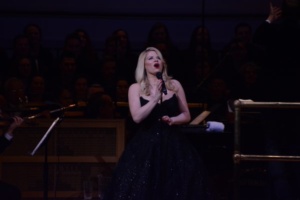 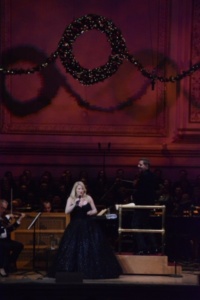 A fabulous arrangement of “Carol of The Bells” by David Hamilton had the orchestra showing how truly remarkable they are. 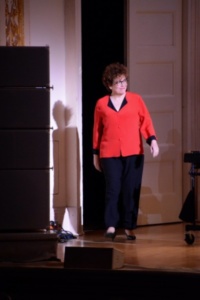 Judith Clurman’s Essential Voices USA, also shined on a Hanukkah Medley,called “Songs of Freedom: A Celebration of Chanukah.” This arrangement by Broadway’s Larry Hochman and Judith Clurman was riveting. 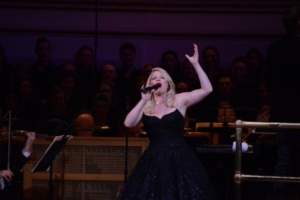 The personable Ms. Hilty returned with more song from her album. A melody from “White Christmas included “Snow” and  “Count Your Blessings.” “Have Yourself a Merry Little Christmas,” ended the first act. 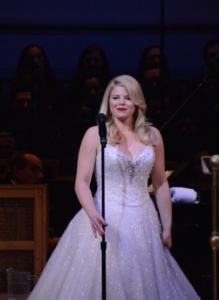 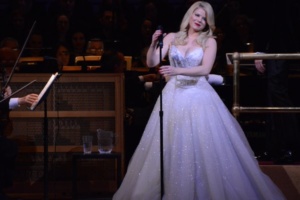 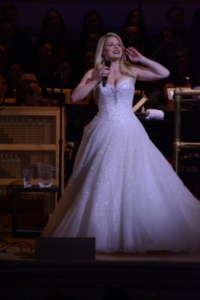 Essential Voices USA joined the orchestra for “The First Noel,” as the traditional “Sleigh Ride” was conducted by an adorable eight year old. 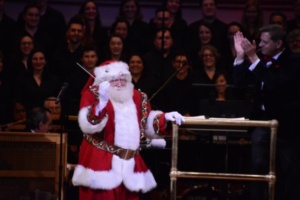 The orchestra return for the audience favorite “Jingle Bell Rock” as Santa visited the stage. 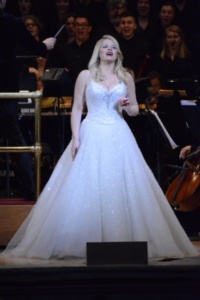 “A Place Called Home” from Madison Square Gardens A Christmas Carol, “I’ll Be Home For Christmas,” and again the traditional “O Holy Night” had Ms Hilty ending the concert. 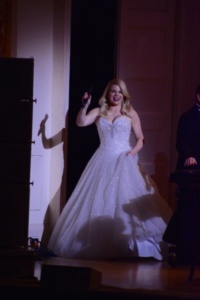 The encore was a “Jingle Jangle Sing-Along,” that made this concert the perfect start of a amazing holiday season. 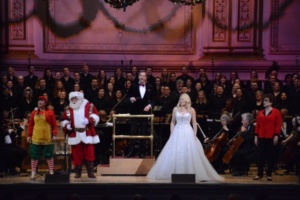 The New York Pops turned out to be the perfect Christmas gift tied up in amazing singing, a heartfelt orchestra and a tradition that I hope will never end. 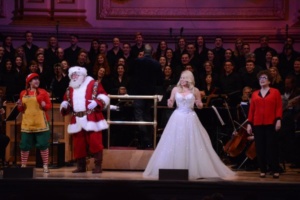 Heart and Soul featuring James Monroe Iglehart and Capathia Jenkins will happen on Friday, February 2 at 8:00 p.m. and The Best of Hollywood: Blockbuster Film Scores on Friday, March 9 at 8:00 p.m.: concluding with the orchestra’s 35th Birthday Gala on Monday, April 30 at 7:00 p.m. paying tribute to Alan Menken’s contributions to stage and screen. 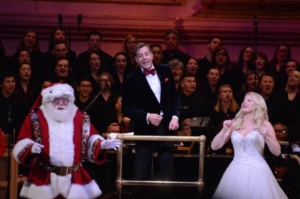 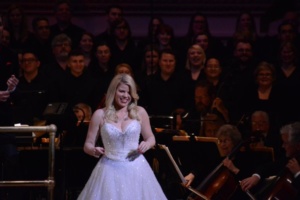 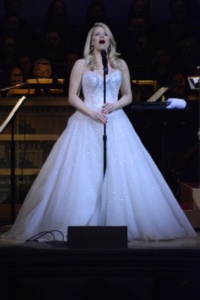