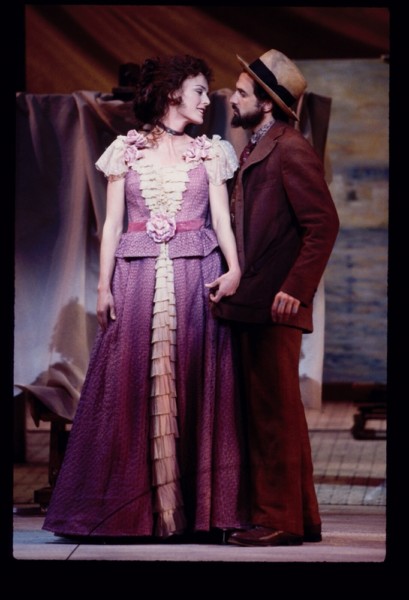 Tony-nominee Melissa Errico appears with her longtime friend Tony-nominee Raul Esparza on PBS’ upcoming Poetry in America about Stephen Sondheim and Sunday in the Park with George called “Finishing the Hat”. The show premieres May 9 at 7:30pm. Melissa and Raul starred together in Sunday at The Kennedy Center and the show features them performing and also talking about the Pulitzer Prize-winning show and it’s beloved composer.

Sondheim is widely hailed as the greatest modern American musical theater composer. Series creator Elisa New speaks with Broadway stage actors Melissa Errico and Raúl Esparza, writer Adam Gopnik, and others to explore Sondheim’s singular ability to blend lyrics and music-using as their case study this song from his Pulitzer Prize-winning musical Sunday in the Park with George.

Melissa also released the acclaimed album “Sondheim Sublime” in 2018 which The Wall Street Journal called “the best all-Sondheim album ever recorded”. And in addition to starring in Sunday in the Park with George at The Kennedy Center, Melissa earned a Drama Desk Award nomination for her performance in Classic Stage Company’s Passion, and most recently starred in Sondheim’s Do I Hear a Waltz? at City Center.

ElizaBeth TaylorSeptember 27, 2022
Read More
Scroll for more
Tap
How Are We Coping With Self Isolation: Insight From Around the Country And The World With Hunter Ryan Herdlicka
The Glorious Corner