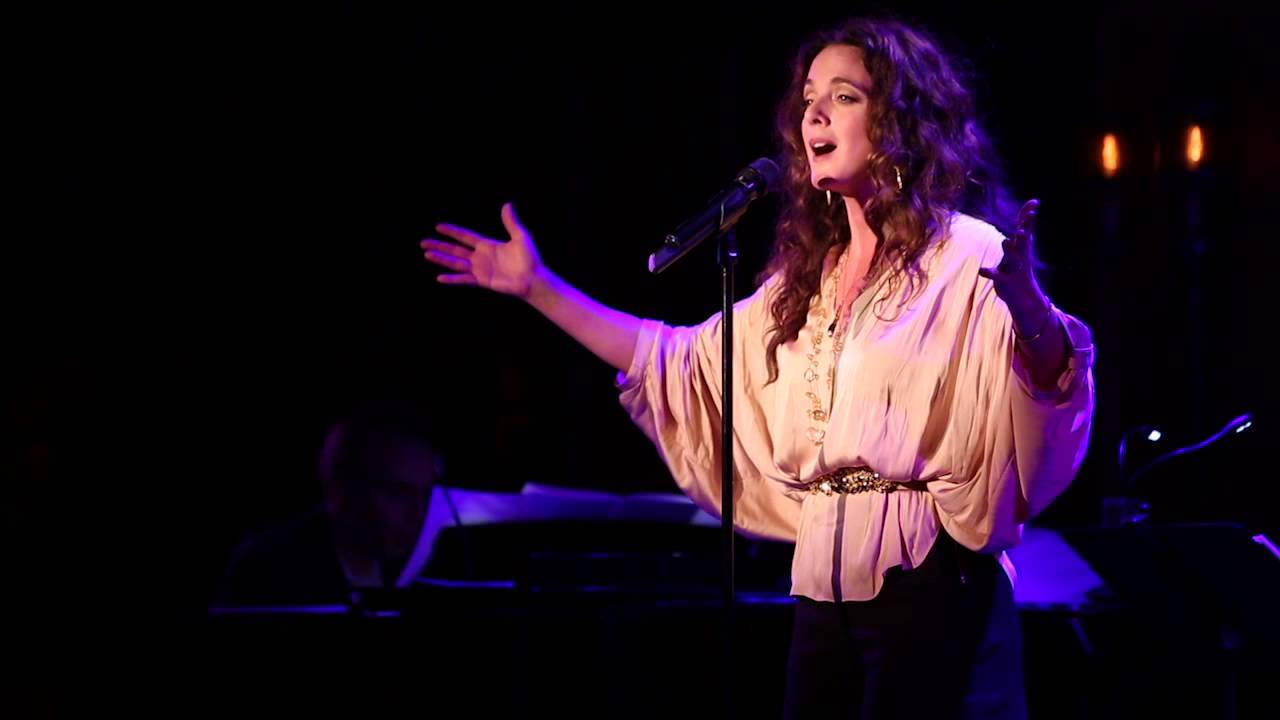 Melissa Errico’s What About Today?‏ Live at 54 BELOW DVD to be Released 12/15

Melissa Errico’s What About Today?‏ Live at 54 BELOW DVD to be Released 12/15 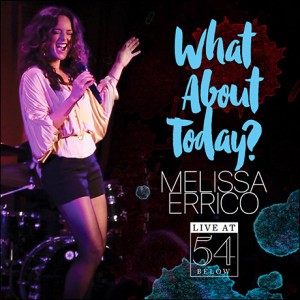 The Exclusive Opening Night DVD of Tony Award-nominated singer & actress Melissa Errico’s dynamic & intimate performance from Fienstein’s/ 54 Below will be released on 12/15, making it the very first DVD in Broadway Records’ “Live at 54 BELOW” Series. Now available for pre-order on Amazon and at www.BroadwayRecords.com, it’s a perfect holiday gift for any Broadway fan.

“What About Today? – Live at 54 BELOW” captures the opening night performance of Errico’s most recent run at Broadway nightclub, showcasing her gorgeous voice and charismatic performance style as she shares quips, anecdotes, and offers beautiful renditions of songs by Stephen Sondheim, Burt Bacharach, Stephen Schwartz, and more. Countering romantic and ethereal moments with Michel Legrand and Jule Styne ballads, she lets her hair down more than once, including falling to the floor to flirt with a fan & dancing through the crowd.

Critic Steve Schonberg describes Melissa’s performance as “reminiscent of Patti LuPone’s “Live at Les Mouches,” as Errico sings with an intense, almost giddy energy that reveals a touching sensitivity but then punches through that invisible, intangible wall — flipping an assumed vulnerability into a heroic feat.”

Her eclectic set includes the belty 1970s rock styling of the title track by David Shire and alluring soundtracks from the films “The April Fools,” “The Thomas Crown Affair,” and “The Summer of ’42.”  Errico time-travels back to her starring role as Broadway’s Eliza Doolittle with “Show Me” from Lerner & Loewe’s My Fair Lady; and shares her favorite song from Frank Wildhorn’s Dracula, The Musical (both never recorded before). There is a generous sprinkling of Sondheim including a comedic & vocal tour de force “Getting Married Today,” a sweetly jazzy “Small World” and an inspired interpretation of “No More” from Into The Woods which, in Errico’s soulful voice becomes a philosophical life lesson. Errico also takes the roof off the nightclub with a powerhouse “Meadowlark,” “What Did I Have That I Don’t Have?” (her tribute to Eydie Gormé), and some unexpected disco!

The Live CD version, “Melissa Errico: What About Today? – Live at 54 BELOW” is currently available on iTunes, Amazon and at www.BroadwayRecords.com.

Earlier in November, Errico premiered “Sing The Silence” at Joe’s Pub, an entirely new, autobiographical cabaret show co-written with Adam Gopnik of The New Yorker about how one singer’s descent into 100 days of silence — total silence — compelled her towards an inventory of a lifetime’s experience, on and off the stage. The premiere performances at Joe’s Pub were sold out.

Melissa Errico, Tony Award® nominee, has starred on Broadway, on network television and film and is an accomplished recording artist and musical concert performer. In January 2016, she will be seen as the character ‘June’ on Showtime’s highly-anticipated new drama Billions starring Damian Lewis and Paul Giamatti.  Last season, Melissa played the recurring role of ‘Catherine’ on the Stephen Soderbergh show The Knick for Cinemax, and had guest arcs on Blue Bloods and The Good Wife. Her Broadway credits include starring roles in My Fair Lady, Dracula, White Christmas, High Society, Les Miserables, Anna Karenina and Amour for which she was nominated for a Best Actress Tony Award®. She starred in Stephen Sondheim’s Passionand Sunday In The Park With George. She has released three studio albums: “Blue Like That” (EMI Records) produced by Arif Mardin, “Legrand Affair” (Ghostlight) produced by Phil Ramone, and “Lullabies & Wildflowers” (VMG/Universal Records) produced by Rob Mathes; and a recent 3-song digital single “More Lullabies & Wildflowers” to benefit her charity. Through everything, she stays devoted to her loving family including her husband, tennis player Patrick McEnroe, their three young daughters, and one Yorkie!

Suzanna BowlingDecember 29, 2021
Read More
Scroll for more
Tap
Santasia Get Your Jolly On
Hellcab – An Urban Christmas Eve to Remember