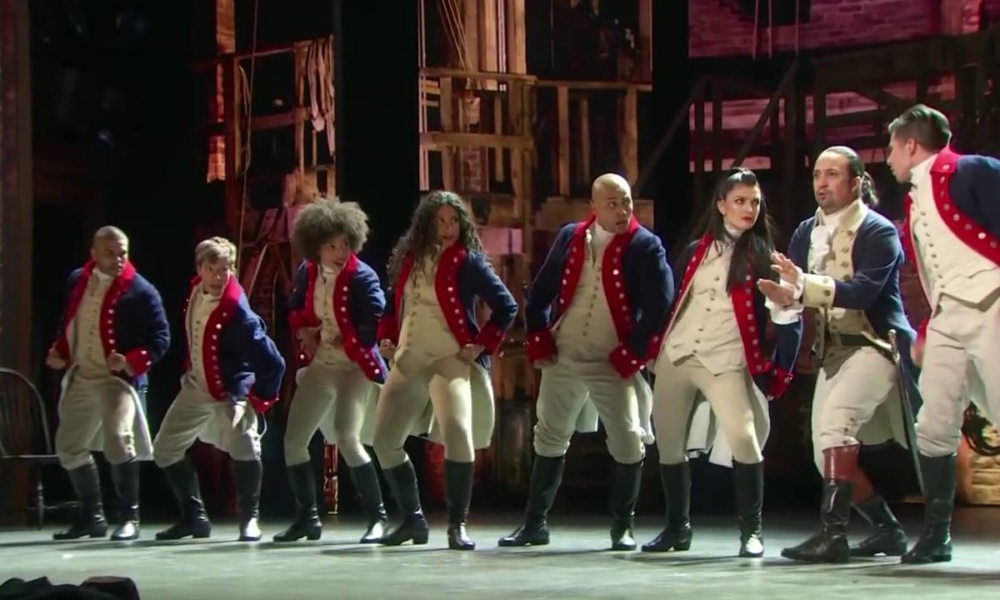 With President and Mrs. Obama announcing Hamilton selection at the 2016 history was made. The cast performed “History Has Its Eyes on You,” with Christopher Jackson, Lin-Manuel Miranda and the 0riginal Broadway cast right after the Orlando shooting. The cast didn’t use guns, and it was very emotional.

Parkland Students sang “Season of Love” from Rent at the 2018 Tony Awards.

Cynthia Erivo Performs “Can You Feel the Love Tonight” For The 2019 Tony Awards In Memoriam.

Lesotho-born singer Tsidii Le Loka started off “Circle of Life” at the 1998 Tony Awards. Julie Taymor’s vision saw the cast of The Lion King with flocks of birds, herds of antelopes, jungle cats, giraffes, an elephant and a rhino lumbering up the aisles of Radio City Music Hall.

Nathan Lane introduces the cast of Rent and Jonathan Larson’s Tonys are accepted by his sister.

Michael Jeter wins 1990 Tony Award for Best Featured Actor in a Musical for Grand Hotel. His speech brought the house to tears.