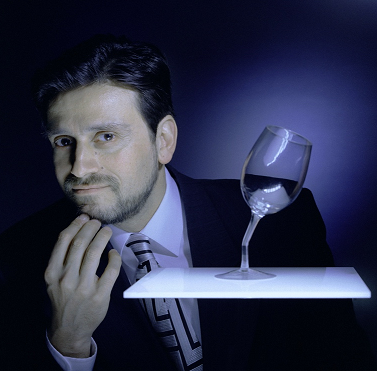 Mentalist, mind reader, motivational speaker, and corporate entertainer, Gerard Senehi defies all categorizations. He is recognized internationally not only as a brilliant performer but also as a true master of the art of mentalism. Ever creative, and wanting to always push the edge of what is possible, he creates an experience that inspires audiences to question limitations.

Born in Paris and raised in Switzerland, Senehi’s mother had a dream one night about a friend of hers accidentally catching herself on fire that actually occurred. Senehi first became fascinated by the supernatural at the age of 10 when his friends were drawing cards from a deck and he was able to correctly predict four in a row. Fluent in two languages and proficient in two more by the time he came to the United States at the age of 12, Senehi spent hours in his bedroom exploring magic, experimenting with tricks and “becoming fascinated with the things he couldn’t understand.”

As a student at Amherst College in Massachusetts, he continued entertaining his fellow classmates with magic and mystery, but didn’t consider performing professionally until the early 2000 following a career as a science and art teacher and social worker. After friends persuaded him to give show business a try, he began by calling a local New York talent agency who immediately took him on as a client after seeing his act.

Gerard Senehi is recognized as a “superstar” in psychic entertainment. He has been featured on numerous television shows internationally including The Today Show, Ellen, Fox News and CNN. New York Magazine referred to his performance as “some sort of religious experience from the sixteenth century.” World leaders, celebrities and top corporations have been moved by the unique way he combines mind-blowing mentalism with an inspirational outlook on Life.

Gerard’s new virtual show weaves in virtual mentalism in the world. Audiences are left feeling that they have witnessed extraordinary and impossible feats. Gerard’s virtual performance inspires possibilities. Audience members are not passive spectators, but are fully engaged in an “experience” which takes them out of their ordinary reality into a new dimension. Gerard’s virtual show can be performed through various platforms including Zoom, Streamyard, Facebook, and YouTube.

He is also the Founder of Open Future Institute and the QUESTion Project, a non-profit organization he founded in 2014 dedicated to helping high school students define who they are and approach their life and future with inspiration and purpose.