Meryl Streep and Hamilton at The Women in the World Summit

Meryl Streep and Hamilton at The Women in the World Summit 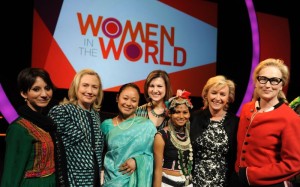 At the Women in the World Summit in New York City on Friday, Meryl Streep broke into her rendition of on “The Room Where it Happens,” from Broadway’s Hamilton. 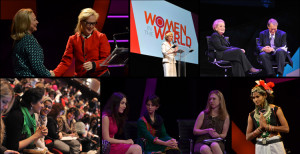 The three-day event, hosted by Newsweek and The Daily Beast, brought together some of the most prominent figures in business, politics, women’s rights and journalism to discuss the most prevalent issues affecting women today. Powerhouse women like Gloria Steinem, Madeleine Albright, Angelina Jolie, Sheryl Sandberg, Zainab Salbi, Sarah Brown and Chelsea Clinton took to the stage to give voice to the rise of women, the on-going fight for equality and the necessity of coming together.

Chelsea Clinton spoke, “Too often we focus on the perils and pitfalls that the Internet and social media pose for young women and girls, and clearly those challenges are real. Too rarely, though, do we focus on the ways in which young women and girls are using the Internet and social media to find their voices to sing and dance, but also to project their voices and to help organize and build communities and movements … to help build a world online and offline that all of us would rather live in.” 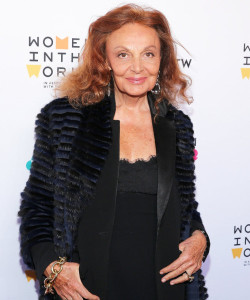 Diane von Furstenberg, started her talk off on Friday with “When I was a little girl, I didn’t know what I wanted to do, but I knew the woman I wanted to be.” Her comment echoes the title of her 2014 memoir, The Woman I Wanted to Be.

Jennifer Lawrence was a surprise guest at Lincoln Center on Wednesday, researching a role as Pulitzer Prize-winning photojournalist Lynsey Addario in an upcoming Steven Spielberg movie. Lawrence and Spielberg recently won rights to Addario’s book, “It’s What I Do: A Photographer’s Life of Love and War,” about her time in war-torn spots like Iraq, Afghanistan, Libya and Darfur. Addario was also spotted at the opening of the Tina Brown-hosted women’s conference hanging with Katie Couric after appearing on a panel, “Refugees: They Are Us.”