Meryl Streep Offers The Acclaimed Writing Program for Women Over 40 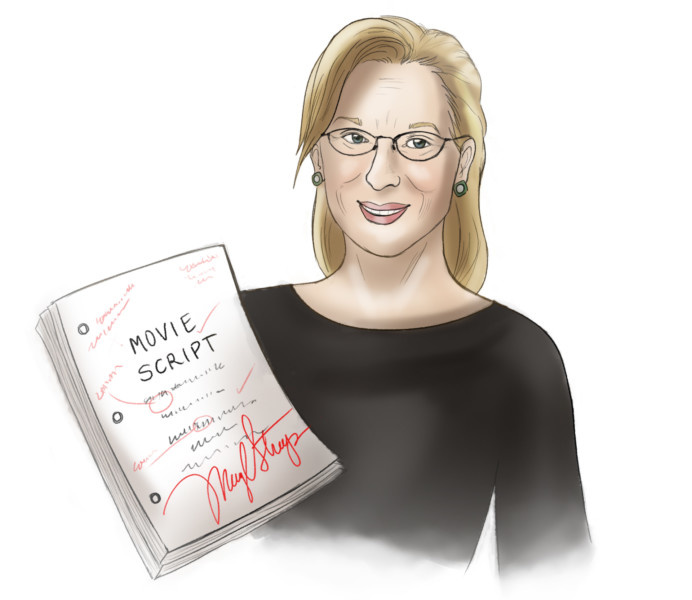 Meryl Streep Offers The Acclaimed Writing Program for Women Over 40

The Writers Lab returns in 2018, once again with funding from Oscar winner and NYWIFT Muse honoree Meryl Streep. The Writers Lab, established for women screenwriters over the age of 40 by New York Women in Film & Television (NYWIFT) and IRIS, in collaboration with the Writers Guild of America, East, selects leading filmmakers to provide exclusive mentorship and increase opportunities for content made by women.

“The Writers Lab provides one-of-a-kind support to a grossly underserved demographic. Now more than ever, it is vital that our media landscape provides a platform for all voices,” says Terry Lawler, Executive Director of New York Women in Film & Television. “We are pleased to extend the submissions this year to international candidates, so that the stories that come out of the Lab will be representative of the global community.”

“We’ve been addressing the gender imbalance in film for four years, and we’re elated to be in such good company this year,” says IRIS Co-Founder Elizabeth Kaiden.” Let’s hope we’ve finally reached the tipping point, because women’s stories absolutely belong on the screen.”

The selected screenwriters will be announced August 1. Submissions must be feature-length, fictional narrative scripts of any genre written in English by women over the age of 40.

The Writers Lab was launched in 2015 to provide script development for women writers over the age of 40. It creates a springboard for scripts to reach the next stage of production and expands the diversity of narrative film.

For more information and to submit, please visit www.thewriterslab.nyc. Applications will be available starting January 16.

IRIS was founded in New York City in 2013 by Nitza Wilon, Kyle Ann Stokes, and Elizabeth Kaiden to champion the female voice in fictional narrative film. A co-founder of The Writers Lab for women over 40, and partner in the Athena IRIS Lab for emerging women writers, IRIS supports and promotes women writers and filmmakers.

The Writers Lab is funded by Meryl Streep for the fourth year, and produced by IRIS and New York Women In Film & Television in collaboration with the Writers Guild of America, East, with support from The Black List, Relativity Media, Stony Brook Southampton+Manhattan, and Tribeca Film Institute.

Suzanna BowlingJanuary 24, 2023
Read More
Scroll for more
Tap
Broadway, Off-Broadway Standbys, Understudies and Alternates At This Performance…
National Theatre Live Brings Cat on a Hot Tin Roof To a Movie Theatre’s Near You