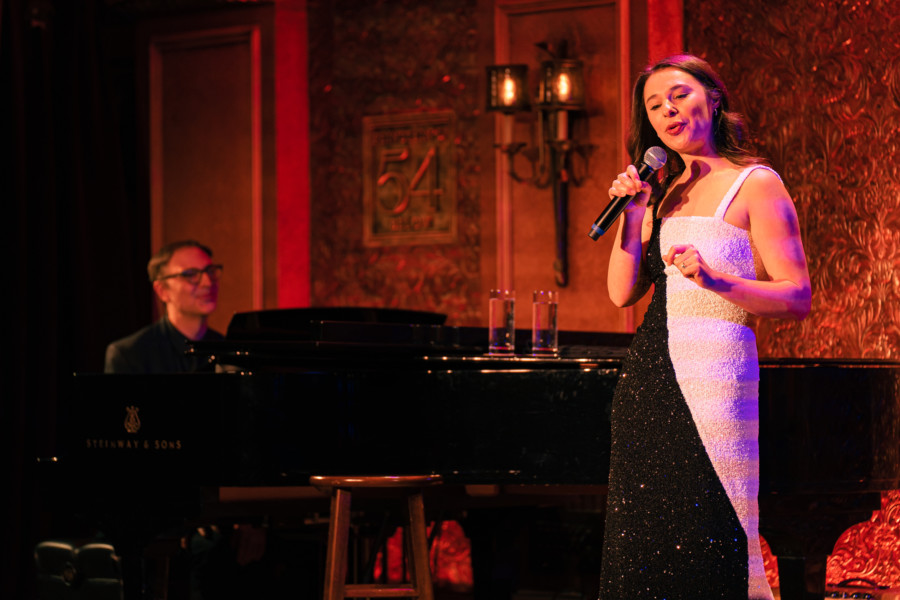 Looking gorgeous in a black and white sparkling gown Mia Pinero made her Feinstein’s/54 Below solo debut, celebrating the release of her debut album, Growing Up! With the first song “Stand Tall” featuring arrangements by Alex Thompson, Mia stood in the shoes of a soprano Carole King, Joni Mitchell and Carley Simon. 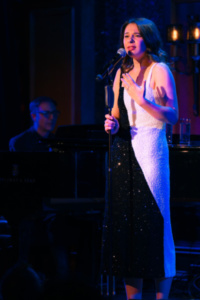 The next selection “All I’ve Ever Known” from Hadestown had pianist Mark Hartman taking another Thompson arrangement and making Mia’s range seem seamless, as she showed off her true soprano. 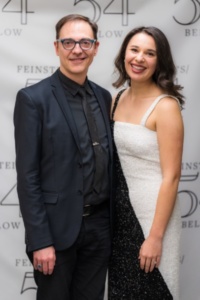 “The Nearness of You,” and “You’re Nearer” told the story of Mia and her fiancé, who went from the prom to getting engaged. There is a simplicity to Mia’s voice that cuts through. With an extremely fast vibrato, she seems as if she is from a different era.

John Mayer’s “Stop This Train,” again was perfectly arranged and fabulously played by Mark Hartman. His precession at runs is heavenly, as Mia sinks into the emotionality of the lyric. 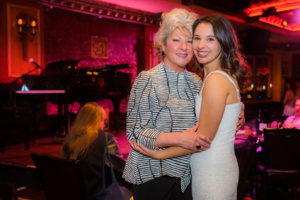 It was on “I’ve grown Accustomed To Her Face,” that the show took on a truly emotional response from Mia and the audience.

The best number was the Sondheim “Children Will Listen,” into “No One is Alone”. Mia feels this song from the depth of her soul and this time, it is not the witch singing it but the children who got away.

“Do You Remember” and the title song “Growing Up“ ended the concert. 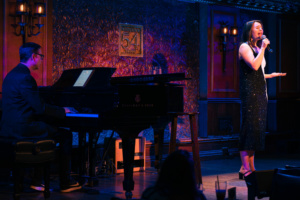 Mia was an understudy in the highly anticipated revival of West Side Story, making her Broadway debut as Maria, Mia’s star was on the rise, until a global pandemic landed her back in her hometown of Racine, Wisconsin. Months of deep reflection sparked newfound realizations that evolved into stripped down interpretations of musical theatre and pop classics, ranging with lyric driven brilliance. Growing Up explores what it means to reconnect to your past and uncover its difficult yet hopeful complexities, leading to perhaps the most vital growth yet.

But of course there was an encore and a beautifully mastered “I Could Have Danced All Night”  sung to perfection. Mia was cast as Eliza by pianist Mark Hartman for a production of My Fair Lady. After this show, I wish I saw that production.

You can find Growing Up on Spotify.