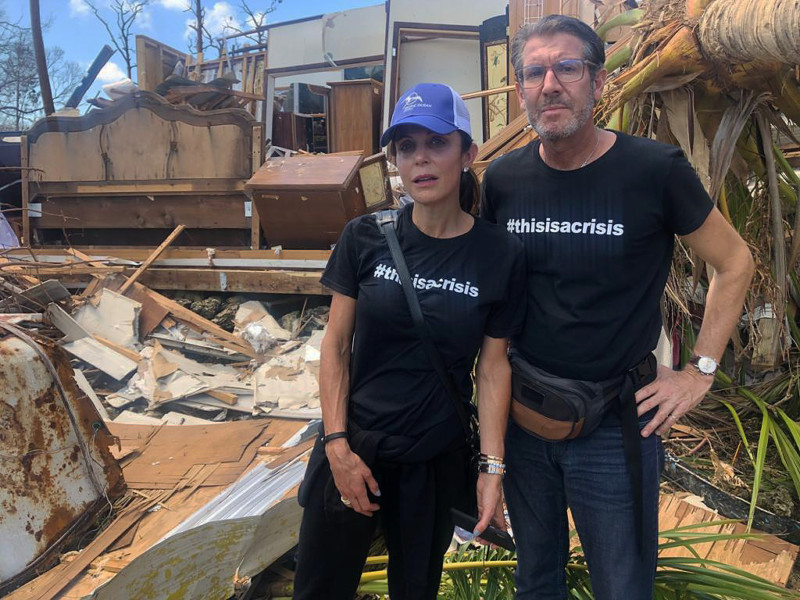 What does it truly mean to change the world for the better?

One man can answer that question. The generous spirit of Michael Capponi has been a guiding light in his life for years. His passion for helping others developed into a powerful vision that led to the creation of the Global Empowerment Mission. The Founding CEO of the organization has helped it grow from an initial dream into a platinum rated international foundation with the ability to immediately respond to all phases of global disasters.

“I genuinely believe that this is all part of our destiny,” reflects Capponi on the relief efforts he helps direct in various countries. The level of empathy and understanding is a momentous ability that he has taken on from an early age.

Speaking about his fundamental roots he continues, “I’ve always been this way. I’ve always just wanted to help. I remember when I was a teenager I met a homeless person that I became friends with one day. Literally three weeks later I moved this person in to live with me. It’s either in you or it’s not. I think certain souls are just drawn to try to assist.”

A prosperous career followed the tenacious acts of his youth. He went on to a level of fame that few have achieved. For over three decades he has been considered one of the most successful nightlife pioneers in Miami. Later in his career, he built some of Miami’s most prestigious homes. Utilizing his talents and natural gift of bringing people together, he was a perfect fit for creating a worldwide network of philanthropists.

“I was always good at promoting things. As time passed, instead of promoting to go to a lavish event it became about promoting global causes and creating awareness for change,” says the founder. “If a hurricane destroys an area or there is too much plastic on the beach that needs cleaning I am going to talk about it. GEM will be there to help. If countries need education systems we build the schools with our donor partners and pay their tuition. It’s where my life took me.”

By harnessing the power of social media, celebrity influencers, strategic public-private partnerships and a strong, knowledgeable base of experienced volunteers, Capponi has created a replicable formula to have an efficient and effective response to global disasters. The compassionate businessman has transformed tens of thousands of lives and there will be thousands of more who will benefit because of the drive he has to promote harmony on the planet.

Since the organization’s inception GEM has been on the long and winding road to make the world simply a better place. With grassroots community engagement he along with dedicated board members have been involved in supporting some of the most significant global tragedies. For two decades, the team has assisted in over 284 missions around the world since the 1999 Kosovo Crisis, the earthquake in Haiti in 2010 to the current 2020 pandemic.

Following the completion of immediate response, and recognizing the continued need for support, GEM began to bridge the gap between first response and sustainable development. In 2017, GEM began operating Bethenny Frankel’s #BStrong initiative, which fills this need by supplying unrestricted cash card distributions allowing beneficiaries to meet their individual needs.

This partnership disrupts disaster response while activating and influencing the global community by going above and beyond real time emergency assistance to individuals and their families. With the objective of minimizing the duration of time communities are stuck in the gap, and aiming to complete the cycle of disaster response, GEM instituted its sustainable development programming by building and rebuilding homes, schools and communities while establishing livelihood initiatives. GEM has been able to reduce what was an initial three-year sustainability cycle in Haiti to a refined approach that resulted in a year of sustainability in the Bahamas.

The organization is also currently focusing on home and school rebuilds. Capponi’s background in event promotion led to a sophisticated network of clients that helped mold a successful real estate development career. Over the past decade he had spearheaded the Capponi Construction Group development office. This business model helped change the Florida landscape with award-winning designs and captivating innovation.

To date, GEM has supported missions in 28 countries, all 50 US states, and territories including the Caribbean. The organizations complete full response results in having a long-lasting institutional impact.

“It seems to always flow from divine order,” states Capponi. “The Universe always seems to bring the needed players together to assist.”

And, with this positive impetus the world will continue to improve. It will continue to find peace and prosperity with foundations like GEM leading the way. What could be more gratifying for donors than a movement that changes the world for the better.

For more information on the incredible efforts of GEM please visit their website athttps://www.globalempowermentmission.org/

WriterFebruary 18, 2022
Read More
Scroll for more
Tap
Broadway Producer Roger Berlind Lived to to See 90
What to Watch in The New Year: Jan 13