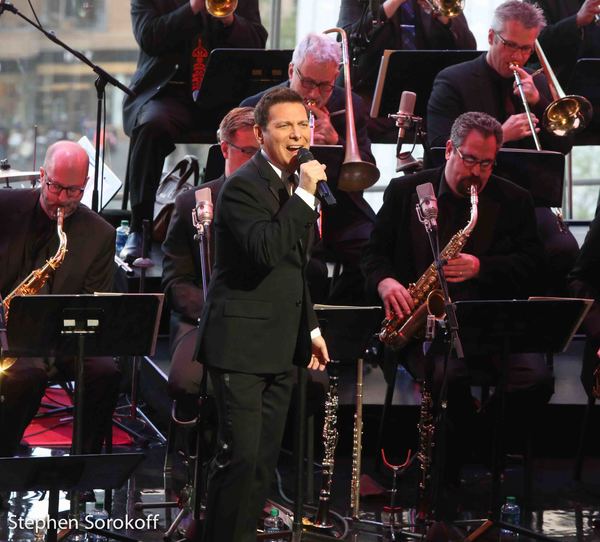 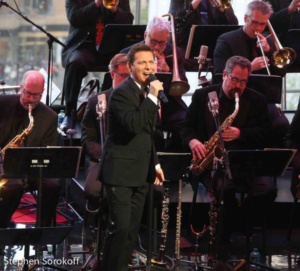 Michael Feinstein, Jazz at Lincoln Center’s Director of the Jazz & Popular Song series, brings back American Songbook classics for the eighth consecutive year with three unique programs in The Appel Room–Celebrating Frank, Dean & Sammy (March 28-29), The Enchanting Lena Horne (May 2-3), and Swinging with the Count (May 30-31).

CELEBRATING FRANK, DEAN & SAMMY
March 28-29 | 7pm (Wed), 7pm & 9:00pm (Thurs)
Singer, historian, host, director, and all-around entertainer Michael Feinstein will launch his eighth consecutive year of the Jazz & Popular Song series by celebrating the best of the Rat Pack: Frank Sinatra, Dean Martin, and Sammy Davis, Jr. With popular hits like “That’s Life,” “I’ve Got You Under My Skin,” and “Birth of the Blues,” plus unbelievable true stories, Feinstein will transport us back to a time when the Rat Pack reigned as the kings of swing and the nation was swept away by their effortless cool.He’ll be joined by special guest vocalists Finn Sagal, Las Vegas legend Clint Holmes, and the Tony Award nominated Jarrod Spector as well as the Tedd Firth Big Band. Together they’ll bring this exciting time in American culture back to life by showcasing the Count Basie charts that elevated the Pack’s sly showmanship and infused it with a stylish swing that still influences popular music today.

THE ENCHANTING LENA HORNE
May 2–3 | 7pm (Wed), 7pm & 9:00pm (Thurs)
Michael Feinstein continues the Jazz & Popular Song series with a glamorous tribute to an American icon: the enchanting Lena Horne (1917–2010). Horne was a trailblazing singer, actress, and activist who began her career at age 16 in the Cotton Club chorus line. She broke the color barrier in Hollywood and starred in classic musicals like Stormy Weather and Cabin in the Sky, recorded some of the most popular jazz standards of her generation, and lit up Broadway stages with her infectious charisma in the Tony and Grammy Award-winning Lena Horne: The Lady and Her Music. Between her celebrated songbook, inspiring life story, and enduring legacy, Lena Horne offers a perfect concert theme for Michael Feinstein. He still remembers the first time he saw Horne perform, noting that she had one of the most exciting stage presences he had ever witnessed. Michael Feinstein, the Tedd Firth Big Band, and special guest vocalists Nnenna Freelon, 16-year-old rising star Alexis Morrast, and Tony Award winner Christine Ebersole will perform classic standards like “Stormy Weather,” “Honeysuckle Rose,” and “Can’t Help Lovin’ That Man,” transporting audiences back to magical moments from throughout Horne’s career.

SWINGING WITH THE COUNT
May 30-31 | 7pm (Wed), 7pm & 9:00pm (Thurs)
The 2018 Jazz & Popular Song series closes with a swinging celebration of Count Basie. Michael Feinstein provides a glamorous evening of timeless vocal stylings, entertaining anecdotes, and the Tedd Firth Big Band’s sensational swing. Audiences will be captivated by The Appel Room’s stunning view of the Manhattan skyline while enjoying hits made famous by Count Basie and legendary vocalists such as Ella Fitzgerald, Frank Sinatra, Tony Bennett, Sammy Davis, Jr., Sarah Vaughan, and Bing Crosby. Special guest singers Ann Hampton Callaway and Kenny Washington will join Feinstein on classics like “One O’Clock Jump,” “April In Paris,” “The Good Life,” and “Everyday I Have the Blues,” and the Tedd Firth Big Band’s virtuosic instrumentalists will round out the uplifting and elegant affair. Michael Feinstein’s Jazz & Popular Song is one of our longest-running and most popular concert series, and this event will be a climactic finale to its eighth consecutive season.

Ticket prices start at $10. All single tickets for The Appel Room and Rose Theater can be purchased at jazz.org 24 hours a day or through CenterCharge at 212-721-6500, open daily from 10am–9pm. Tickets can also be purchased at the Jazz at Lincoln Center Box Office, located on Broadway at 60th Street, ground floor.