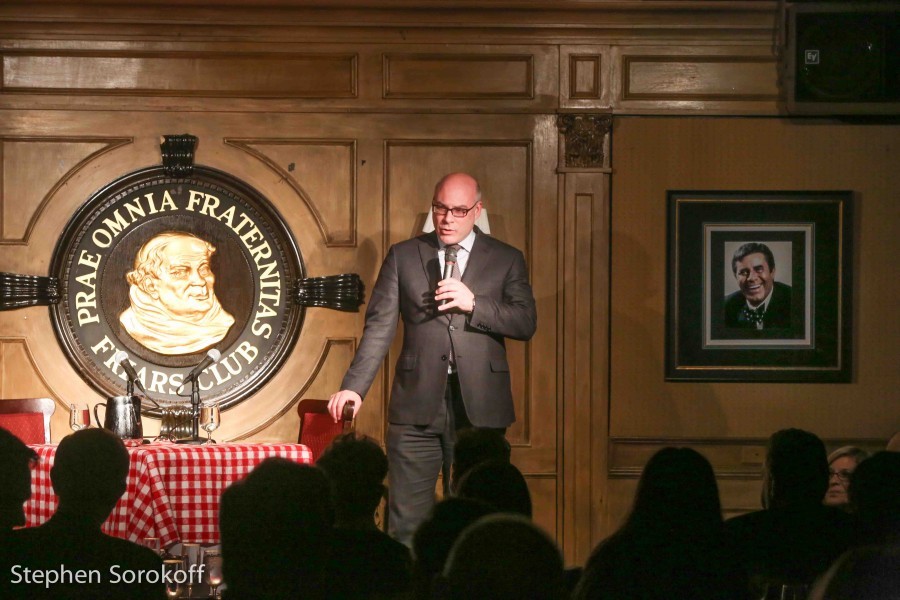 What do you call a man who runs an organization, steals from them, bankrupts them, runs it into the ground, doesn’t pay the staff or vendors, gets the IRS on their tail, due to his tax fraud, harasses female members or those who oppose him, gets fired and then seeks to sue the club for severance pay?

For years I was told of the accounts of women who worked or were members of The Friars Club. I heard about the corruption of their executive director Michael Gyure and the disgusting way he threatened them, then fired them when they discovered his misappropriations. They were all scared to report him because as they put it “The Friars was a good old boys club”. Since then The Friars Club settled a million dollar sexual harassment claim from Rehanna Almestica a former receptionist. Almestica charged that Bruce Charet regularly made sexually explicit phone calls to her and that the Friars Club fired her after she complained. She originally wanted women’s rights lawyer Gloria Allred to represent her, but Allred declined, as she is a member of The Friars. As a matter of fact Allred had to file a complaint with New York City back in the 1980’s, because the club did not accept women. Ironically, Ms. Allred was the first.

As a matter of fact if you questioned anything and you were a women, you were put on suspension or kicked out. I know several people this happened to.

In Federal Court, it came out the Mr. Gyure failed to report $433,000 in compensation from 2012 – 2016. This included reimbursements and payments he used for personal expenses including wine, international travel for both himself and his family members, clothing and groceries. The Friar’s Club also forgave him of $160,000 in loans and the members were never told. In 2015, the club had to ask vendors to accept late or reduced payments. Mr. Gyure also failed to pay several hundred thousand dollars in state sales tax between 2015 – 2016, according to investigators.

The Friars Club is located in a five story mock Tudor castle on East 55th Street and was the home to many comedians including George Burns, Milton Berle, Bob Hope, Alan King, Jerry Lewis and Freddie Roman. They are all gone now.

Now Gyure is suing the Club. This is a letter shared to me by a member.

Dear Friars Club Board of Governors,
Since I have not been given an opportunity to speak to you all directly following my departure from the Friars, I have decided to write this letter to say goodbye and to thank the Club members and leaders, for their past support and many good years together. I shall always hold happy memories of better times at the Friars Club.Additionally, I feel compelled to address the circumstances of my sudden termination and the discussions about my separation agreement.

As I have always been very fortunate to enjoy the overwhelming support of the Executive Committee and the Board in the past, I am deeply saddened that I am in the position where there was no other choice for me but to initiate a claim for what is rightfully owed to me and I would like you all to be apprised of this in advance.

As you know, my new ten-year employment extension was approved by the Board and then signed by the Executive Committee on March 2, 2020. Yet only two 2 weeks later I was asked to leave by the Executive Committee. My emails were abruptly cut off and I was locked out of my office where many of my personal items still remain. Regrettably, it appears that my objection to the Titan loan (at 9% interest) without fully exploring a broker free alternative (at 4.5% interest) was taken as a hostile act, when in fact it was merely an attempt to explore a more favorable term sheet issued by a bank.

Despite the unexpected loss of my job and the ensuing insecurities, especially during the pandemic, I remained as amicable and accommodating as possible during my separation negotiation. Knowing the Club’s current financial situation, I offered to receive the mutually agreed amount owed to me in small interest-free payments spread over eleven years, instead of in a single lump sum payment immediately. I think it is understandable, in this situation, to secure this beyond being a general creditor. I did not request a second mortgage on the building as I recognized that would place a difficult burden on the club to seek future funding.It is at this point that the negotiation fell apart as no security whatsoever was offered by the Club. There was a suggestion from the Club of a bond or another instrument to protect the funds, but none was actually presented to me.

Furthermore, I wanted to clarify potential misconceptions about my salary. My salary was $250,000 p.a. At the recommendation of the Club starting in 2019 I also received an annual $100,000 bonus paid quarterly to replace a previous expense allowance. There was also a deferred five percent raise I would have been entitled to receive over a ten-year period after my separation from the Club. (My predecessor also had deferred compensation which he finished receiving last summer in the amount of $500,000 over a ten-year period). This deferred raise was put in place by the Club in 2012 for two reasons: 1) A three percent cost of living raise similar to the contractual ones received annually by all union employees of the Club; and 2) A catch up of two percent to bring my pay up to industry norms.

In July 2019, due to the financial constraints of the Club, I volunteered to defer an additional amount of my salary at the rate of $100,000 p.a. so my revised salary was $150,000 p.a. This continued until it was anticipated that business interruption income, from our insurance policy, would cover my salary due to the leak in January 2020. Please know that it pains me greatly that I am forced to seek legal recourse against the Club that I still care about and was fully devoted to for 13 years.

I truly wish this were not the case. Nonetheless, I will always cherish fond memories of the good times at the Friars. I shall also always be thankful to the Club, and to many of you, for your past support.As I look forward to the next chapter in my life, I wish the Friars and you all well. I really hope the Friars is successful under your stewardship as it is a legendary club that deserves a bright future.

Also, one of the lawyers that represented Harvey Weinstein (Arthur Aidala) is on the Board of the Friars.