Michael Longoria A Star On The Rise

Michael Longoria A Star On The Rise 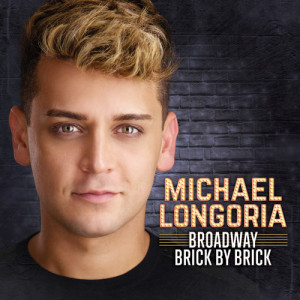 Michael Longoria is best known for his role as Frankie Valli in the Tony Award winning musical Jersey Boys, Michael is also a member of the popular concert touring group The Midtown Men.

Mr. Longoria celebrated the release of his new CD “Broadway Brick By Brick” last Thursday night at New York’s Joe’s Pub. The release was met with great enthusiasm. In a well crafted performance Michael shared his quest to follow his dream from humble beginnings to staring role on Broadway.  With a strong stage presence Michael sang with passion and a unique style to move the narrative along. The well paced performance included  the Broadway hits, Joe Darion/Mitch Leigh’s “The Impossible Dream,”(from Man of La Mancha); Rodgers/Hammerstein’s “The Sound of Music” (from The Sound of Music); Andrew Lloyd Webber/Don Black & Christopher Hampton’s “As If We Never Say Goodbye”(from Sunset Blvd) and the one everyone was waiting for Bob Crew/Bob Audio’s “Can’t Take Me Eyes Off You”(from Jersey Boys).

I have been listening to the CD as it brings back the memory of an extraordinary performance by a talent performer.