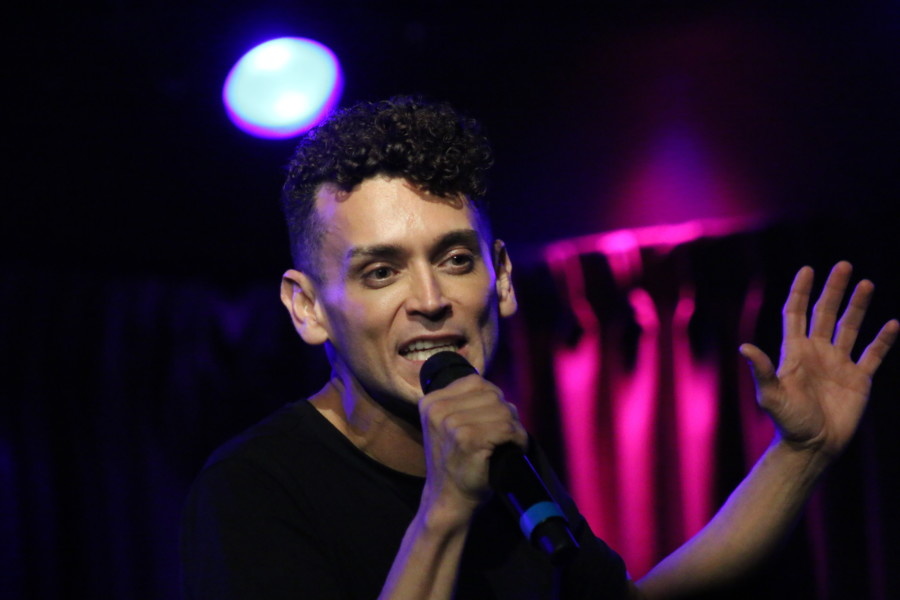 Thursday night, Michael Longoria brought his one-man show “Like They Do In the Movies” to The Green Room 42, singing songs from his brand-new album of the same name.

Michael choice of songs from the movies was impeccable with such mega hits as “Evergreen” from A Star is Born, “I  Will Always Love You” from The Bodyguard and from the best selling soundtrack of 1986, Top Gun, “Take My Breath Away”. Other movie themes included were “Unchained Melody” from Ghost and “Hopelessly Devoted To You” from Grease.

Michael’s musical journey of movie songs, were delivered with heartfelt passion. He has a strong musical team backing him with musical director Brain Nash on piano, David Cinquegrana on guitar, Lorenzo Wolff-Bass, Alex Wyatt-Drums. Michael’s brother Daniel Longoria and Ashanti J’Aria vocals contributed to the magic of the show.

Michael introduced his original song ” Kiss Me” (Like They Do in The Movies), to go along with the  theme of the evening. His outstanding talent also extends to songwriting.

Having followed his career for a few years, it has been a pleasure watching him grow in to a major musical artist. Michael Longoria’s new album “Like They Do In The Movies” should be in everyone’s musical library because it’s a gem.

Stephen SorokoffNovember 11, 2021
Read More
Scroll for more
Tap
My View: Life Is A Cabaret at The Wick Theatre
Legacy of Johnny Horton