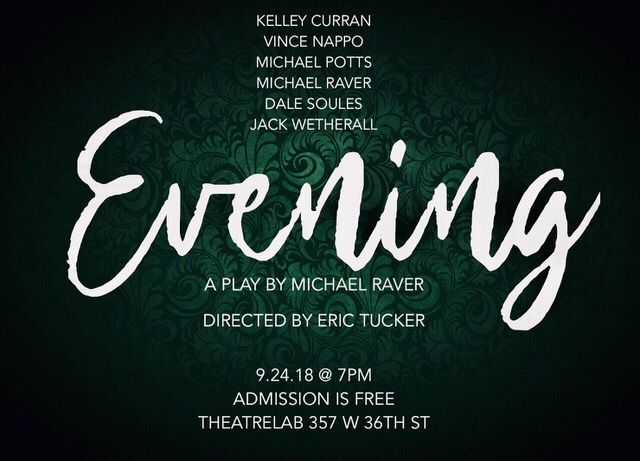 Actor/writer Michael Raver is talkative. And sincere. His big eyes peep around swoops of thick brown hair. A three-time O’Neill semifinalist for his plays Fire On Babylon, Riptide, and Quiet Electricity, he’s also a journalist on his off time. Having written for publications like Playbill and The Huffington Post, he’s the style writer for Hamptons Monthly and if you look closely, you can tell. He wears a wooden watch and an aromatic cologne. Brown leather saddle shoes with ripped jeans and a Takuya Duncan blazer.

“Writing about fashion fell in my lap,” he says. “I’ve really come to enjoy it, but I don’t think there’s a more unlikely fashionista than me.”

His resume is expansive. Plays. Articles. A book is in the works. But at the moment, his focus is on theater. He’s gearing up for a New York reading of his elegant new play, Evening, on September 24th.

A period piece, it’s set in 1800’s London, concerning an up and coming member of The House of Commons campaigning for major reform of corruption in the English government. Addressing themes of party division, family, sexuality, and women’s rights, the reading will feature performances from Michael Potts (The Iceman Cometh, “True Detective”), Jack Wetherall (RTC’s Skintight, “Queer as Folk”), Dale Soules (“Orange Is The New Black”), and will be directed by Eric Tucker (Bedlam’s Peter Pan, Pearl’s Vanity Fair).

What inspired you to write Evening?

I’d written a ten-page version of it in 2015 singularly for the purpose of submitting it to Red Bull’s new play festival. It made the finals two years in a row, but never got any further. Then last year, another play I’d written was a breath away from production and the whole thing fell through. It was heartbreaking and try as I might to keep the thing afloat, I watched it slip through my fingers. So I decided I was done writing plays. I couldn’t take the rejection, to be frank about it. It takes so much to get someone, lit managers or artistic directors or anyone at theaters to actually read a play. Being an actor is emotionally expensive enough, you know? Then too, I’d written the first draft of a novel last year and knew I was in for a long haul of more toil and frustration, so I walked away from playwriting. Then another of my plays got nominated for something and with all of the crazy shit that’s been going on in our government in the last few years, I had both the motivation and the determination to get back at it.

Evening is set against the backdrop of England’s Reform Act of 1832. Why’d you choose that?

I wrote something else that took place around that time and had done some reading about the political environment in England in the 1800’s. So I knew a little bit about that movement. I love the Victorian era and this play takes place right before that. It was such a charged time. There’s so much repression in the culture but everyone’s feelings sort of ooze out. Repression is very hard for human beings to maintain, but it makes for juicy drama. These characters are all navigating some kind of restraint. They’re corseted. No pun. (Laughs)

Seems like we’re still faced with a lot of the same roadblocks today.

No kidding! It’s bonkers. As far as the literal politics go, The Reform Act of 1832 encompassed a lot of complicated topics, including women’s issues, race discrimination, and extreme division of party lines. Sounds familiar, right?

There’s a gay component, which adds another layer of complexity to the plot.

I’ve often thought that women and gay men have coexisted in parallel lines. I’m speaking in generalities and obviously there’s room for debate. The absurd things that are foisted upon women in Western Civilization have a lot in common with the challenges that gay men have faced. It’s all about how you have to look and behave a certain way and not question what heterosexual men say or do. There’s a list of things that women and gay men can’t be, at the risk of being branded by the culture around them. Assertive or opinionated women get labeled as bitches. Vulnerable men are deemed weak. With living in accordance to that disempowered alpha-masculine regime, it doesn’t surprise me at all that so many women and gay men form such strong bonds.

Do you find it hard to act in something you also wrote? Or is it easier?

Depends. If the director and I are on the same page about what we’re trying to accomplish by telling the story and there’s trust on their part that I can handle wearing both hats, it can be easier. Sometimes it’s not. When I first started learning how to write, I took Faulkner’s “kill your darlings” idea super duper seriously, so I’m not precious about any one thing in what I’ve written.

So you don’t care if someone cuts something?

It’s not that I don’t care. As long as the line or scene in question is truthful and is working to accomplish the goal of the play, then it stays. If it’s confusing or causing unnecessary detours or simply doesn’t work, then it gets cut. And I don’t miss it. The solitary part of the writing process is for me and no one else. It’s the supreme self-indulgence that art demands. But the second that I drop the script in someone’s inbox or share it in any way, it’s no longer singularly mine. Theater’s not an island art form, so getting unnecessarily territorial can lead to a major ass ache for everybody. For me, the content and the process of writing are sacred but not precious. I hold on, but not too tightly. I feel like I can see things clearer that way. Ultimately, I want what’s best for the play and if that means my ego has to sit on the bench while things get worked out, then that’s what happens.

Your cast and director for this reading are impressive. How’d you come by them?

I just asked. I knew Eric socially for a number of years. We discussed casting at length and threw around a ton of names. Then we asked and thankfully these people said yes. There were three closed readings of Evening ramping up to this, in which the cast changed every time. I’ve done that in the past with other plays, asking different people to come in and read so that I can hear a wide range of voices. A really smart actor can solve playwriting problems with their performance, sometimes without even realizing it, so hearing the play read by different people can give me a better picture of what I have.

Do you write every day?

Usually. Sometimes that can look like jotting stuff in my notebook, sometimes it can look like a seven-hour stretch in front of my computer. It varies. If I have an article due or a revision promised somewhere, it’s another story altogether. I try not to beat myself up if I don’t get any writing done any given day. I’m happy to trust myself to get things done. It sounds really boring and unsexy, but for artists, I think time management and discipline are as essential as creativity.

The reading of Evening will be presented at TheatreLab NYC on September 24th at 7pm. Admission is free. To reserve a seat, email eveningplayreservations@gmail.com. Seating is limited. 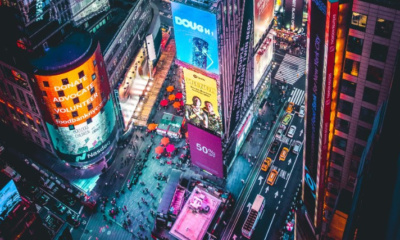