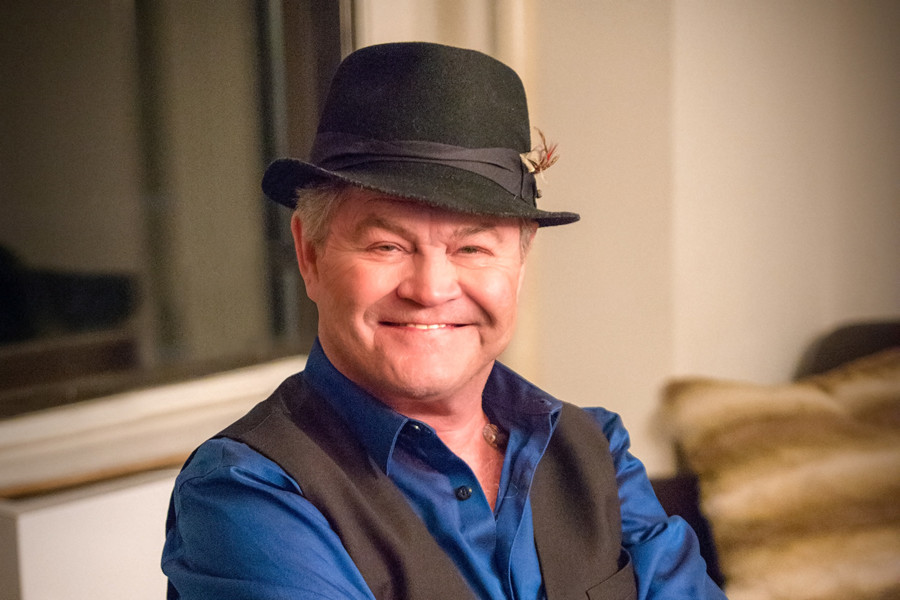 Micky Dolenz of The Monkees will embark on a special series of concert dates in April 2022. Honoring the contributions of his bandmates – the late Davy Jones, Mike Nesmith & Peter Tork – in song and with personal multimedia footage of the legendary performers, Dolenz will celebrate their lasting legacy on record and film. Launching on April 5 at Nashville’s Ryman Auditorium, the tour will end April 16 at Madison’s Overture Center For The Arts.

Following the passing of his three bandmates and brothers, Dolenz will bring together fans of the group to commemorate their collective contributions in song. “I felt it was important to gather the fans and properly celebrate the lives of Davy, Mike and Peter,” says Dolenz. “People have been contacting me, requesting that I honor them in a way where the extraordinary impact of The Monkees can be properly acknowledged. We spent such a great deal of time together; they were like my brothers, and I want to share some of the great joy we had together.”

Commemorating more than 50 years of music, Dolenz will be backed by a seven-piece band, performing all of The Monkees’ worldwide hits (“I’m A Believer,” “Daydream Believer,” “Last Train To Clarksville,” “Pleasant Valley Sunday,” “(I’m Not Your) Steppin’ Stone” and “That Was Then, This Is Now”) as well as paying tribute to the songs of Mike Nesmith (“Different Drum,” “Mary, Mary,” “Papa Gene’s Blues,” and “Listen To The Band”) and Peter Tork (“For Pete’s Sake” and “Can You Dig It”). Davy Jones will be honored with a spotlight on several songs that he made famous (“Look Out (Here Comes Tomorrow)” and “Valleri”). Along with their songs, Dolenz will share stories and unseen images of The Monkees from his personal archive.

Tickets for “Micky Dolenz Celebrates The Monkees” go on sale in February 11.

This tour commemorates a unique project that began in 1965 when four young men were cast in a television show about a struggling rock band that was inspired by the Beatles’ A Hard Day’s Night. Few could have predicted the impact The Monkees would have on music and pop culture at large, one that still reverberates more than 50 years later.

Formed in Los Angeles for the eponymous television series, the quartet of Dolenz, Nesmith,  Tork and Jones brought a singular mix of pop, rock, psychedelia, Broadway and country to their music. The Monkees’ first single, “Last Train To Clarksville,” was released in August 1966 and quickly headed for the top spot of the Billboard charts in tandem with the band’s self-titled debut album, which held the top slot for 13 of the 78 weeks it remained in the Top 200. (Two decades later, in the midst of a new burst of Monkeemania, The Monkees popped back onto the charts, bringing the total number of weeks to 102.)

By the time the series aired its final new episode on March 25, 1968, The Monkees had seen three further albums top the charts —More of the Monkees, Headquarters, and Pisces, Aquarius, Capricorn & Jones, Ltd. All were released in 1967, staggeringly enough, racking up several more hit singles, with “I’m A Believer,” “(I’m Not Your) Steppin’ Stone,” “A Little Bit Me, A Little Bit You,” “The Girl I Knew Somewhere,” “Pleasant Valley Sunday,” “Words,” “Daydream Believer,” “Valleri,” and “Tapioca Tundra” all finding their way into the Billboard Top 40. The final tally: 16 million albums and 7.5 million singles sold in a mere 2 1/2 years.

After the series’ two-season run, the group went on to star in the cult feature film, Head (co-written by Jack Nicholson) and a TV special (33 1/3 Revolutions per Monkee) while also continuing to record new material. But as the ’60s gave way to the ’70s, the members of The Monkees eventually gave in to their individual musical interests and went their separate ways.

In February 1986, after MTV broadcast a marathon of The Monkees series, Dolenz, Jones, and Tork reunited for a 20th anniversary tour, with Nesmith joining them onstage for the Los Angeles date of the tour. In 1996, all four members of the group reunited for a new album (Justus) and TV special (Hey, Hey, It’s The Monkees). In the wake of Jones’s death on February 29, 2012, the surviving members of the Monkees reunited and performed a series of concerts. The shows were received so triumphantly that Dolenz, Nesmith, and Tork played out the decade as touring artists in both North America and Australia.

To celebrate the Monkees’ 50th anniversary in 2016, the surviving members of the band recorded the critically acclaimed album Good Times! (produced by the late Adam Schlesinger). Much like the Monkees’ early albums, it featured tracks written for the band by a group of gifted songwriters, including Ben Gibbard (Death Cab for Cutie), Rivers Cuomo (Weezer), Andy Partridge (XTC) and more. A final Monkees album, 2018’s Christmas Party, featured contributions from all four Monkees.