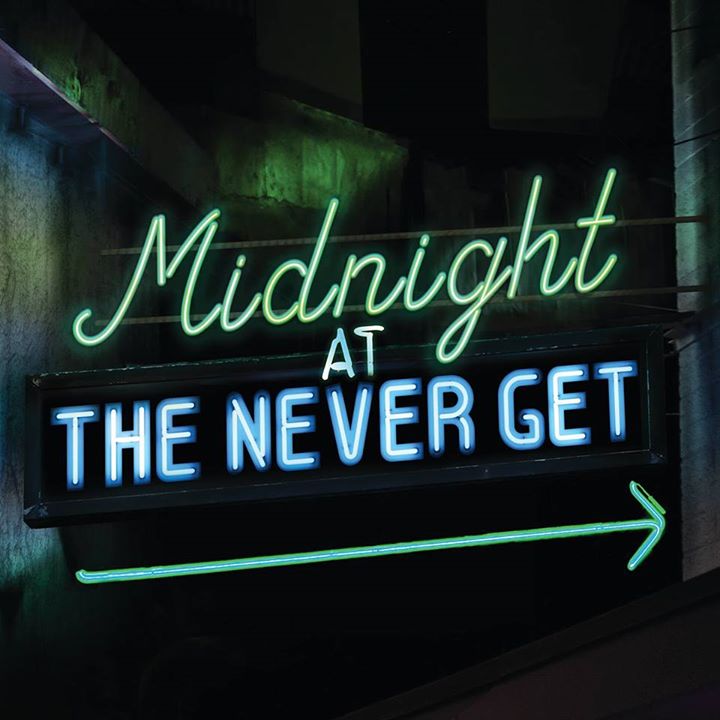 Midnight at The Never Get Part of The NYMF

Midnight at The Never Get Part of The NYMF

Suzanna Bowling
Midnight at The Never Get, the greatest act that doesn’t exist, produced by Michael Chase Gosselin (POPE! An Epic Musical), will be presented this summer as a NYMF @ Nite Event at The New York Musical Festival (NYMF), celebrating its 13th Anniversary Season. Conceived by and starring Sam Bolen and Mark Sonnenblick, with book, music and lyrics by Mr. Sonnenblick, choreography by Andrew Palermo (Allegiance, The Other Josh Cohen), music direction & arrangements by Adam Podd (The Spidey Project, Fiction in Photographs) and directed by Max Friedman (Ruby Manger Live!, Charlie Rosen’s Broadway Big Band), Midnight at The Never Get will be presented at 42WEST NY (514 West 42nd Street) for three (3) performances: Thursday, July 28 @ 9pm; Sunday, July 31 @ 7pm; Monday, August 1 @ 8pm.
Featuring a sultry score fashioned after the American Songbook, Midnight at The Never Get imagines two men who never existed at a time that very much did.  Trevor Copeland (Sam Bolen) and Arthur Brightman (Mark Sonnenblick) have the perfect New York romance. That’s swell. In 1965, it’s also against the law. So in the back room of The Never Get, an illegal Greenwich Village gay bar, they put together a show called “Midnight” – a queer nightclub act where Arthur writes love songs for Trevor to sing to a man. But as they hurtle towards the end of the decade and tensions in the Village reach a breaking point, the lovers find themselves caught in a relationship they can’t control and a movement they don’t understand.
“When I first discovered Midnight at The Never Get, I was astounded by its universal love story and remarkable score, as well as the opportunity to create a unique theatrical experience that combines elements of a book musical and jazz cabaret in a site-specific production,” explained Gosselin. “Therefore, I’m thrilled that we’re partnering with NYMF this summer to give audiences a taste of what stepping back in time to 1965 at “The Never Get” could be, and the opportunity to present the show at 42West, a modern nightclub, makes it all the more perfect.”
The creative team includes Christopher & Justin Swader (set), Vanessa Leuck (costumes), Jamie Roderick (lighting), Brian Chirlo (sound), Addison Heeren (prop design) and Preston Ridge (creative consultant).  The Production Stage Manager is KJ Morton.
Midnight at The Never Get will play 3 performances: Thursday, July 28 at 9:00 p.m., Sunday, July 31 at 7:00 p.m. and Monday, August 1 at 8:00 p.m.
Tickets are priced at $27.50 and may be purchased by visiting www.nymf.org/midnight, or by calling (212) 352-3101.
An excerpt of Midnight at The Never Get was first presented at Musical Theatre Factory’s 4×15 (as Midnight at The Rialto) in April 2015. The show subsequently was produced by Don’t Tell Mama, first as a sold-out developmental concert and then as a limited-run production that extended due to popular demand.
Related Itemsgay barGreenwich VillageMark SonnenblickMidnight at The Never GetNewNYMFSam Bolen
Events