Midnight Street a Street to Stay Off Of 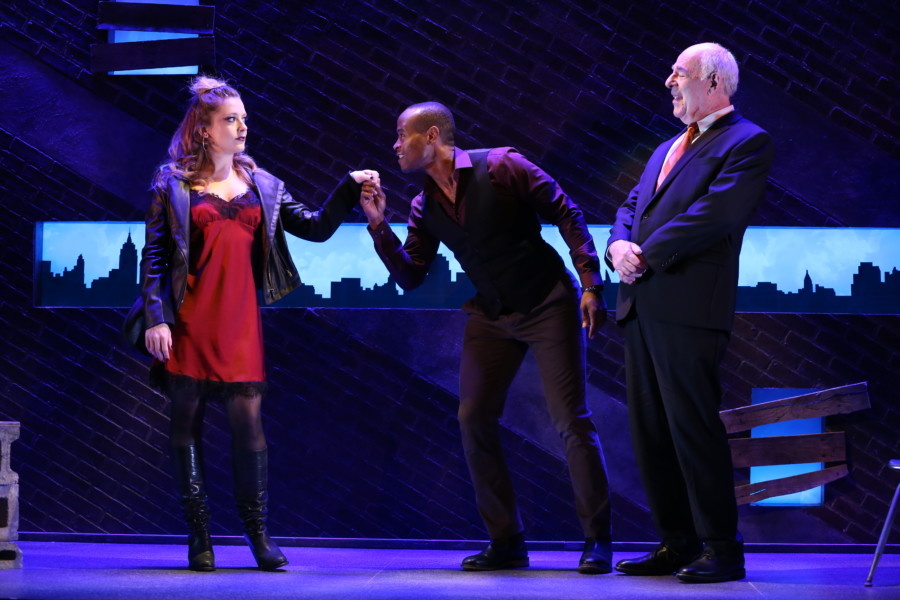 Midnight Street a Street to Stay Off Of

MC Theatrical Productions presented Midnight Street, a dramatic new musical, written and directed by Arnold L. Cohen and one has to wonder why?

This is not a musical, but a cabaret with some beat poetry. The PR stated: That amid the dark and dangerous underbelly of the city, a trio plays out a seductive and lethal turf war against a vivid musical landscape. If this is what happened, it escaped me.

First of all, it states we are in Paris, in the song “Paris Street”. Lyrically the song must have stated at least 20 times “Paris Street”, as if there were no other lyric. If that weren’t bad enough the next song “Style” compares lips and kisses to figs. The show has seventeen of these ditties, that all have the same lyrical problems.

The themes are even worse; prostitution, lesbianism, violence and anti-semitism and NOBODY is likeable.

We have the main character, a prostitute played by Emily Afton, who sings well, but has no acting skills. Every song sounds the same. I’m not sure who was to blame Ms. Afton or Mr. Cohen. At least the fabulous Lenny Wolpe who sings “The Star Maker”, manages to get his song off with skill. Sadly Mr. Wolpe’s character is so obnoxiously written. Rounding off the cast is Rafael Jordan who is underused, so I really can’t comment.

Mr. Cohen’s day job is in corporate financing and restructuring. He has also served on the Board of Playwrights Horizons. These are all worthy endeavors, but creating musicals and directing them is not his forte.

The seventy minutes of this show seemed like two hours and sadly there is nothing to recommend it.