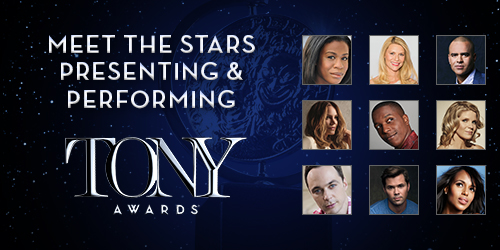 Stars from stage and screen will take center stage at the 2018 Tony Awards, on CBS on Sunday, June 10th, 8:00 – 11:00 p.m. (ET/PT time delay), when they broadcast live from Radio City Music Hall in New York City.   The Tony Awards, hosted by Sara Bareilles and Josh Groban,  are presented by The Broadway League and the American Theatre Wing.

The American Theatre Wing’s 72nd Annual Tony Awards, hosted by Sara Bareilles and Josh Groban, will air live from Radio City Music Hall on the CBS Television Network on Sunday, June 10, 2018 (8:00-11:00 PM, ET/delayed PT). The Tony Awards, which honors theatre professionals for distinguished achievement on Broadway, has been broadcast on CBS since 1978. The Tony Awards are presented by The Broadway League and the American Theatre Wing.