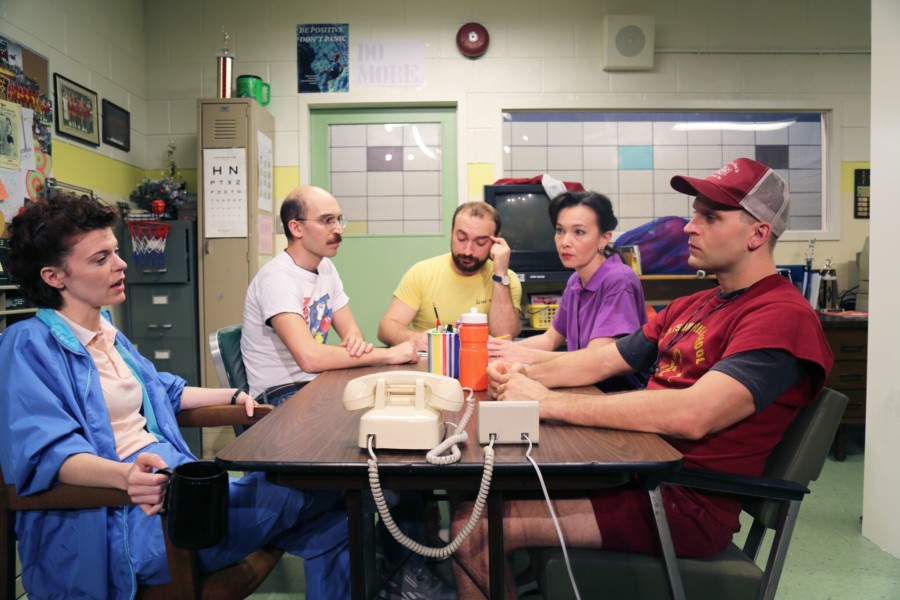 Miles For Mary Is Stuck In The Past

Miles For Mary Is Stuck In The Past 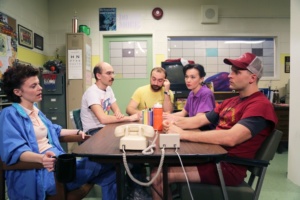 Photo Credit: The Mad Ones

“We’re doing this for the kids.” 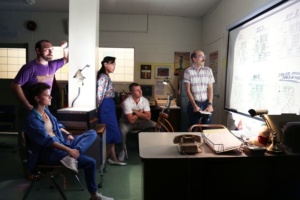 Photo Credit: The Mad Ones

It’s 1988, and the planning committee for Garrison High School’s ninth annual Miles For Mary Telethon has met for the first time this year and will continue to do so, until the next year. Across subcommittee sessions in the Phys. Ed teachers’ lounge, The Mad Ones (Drama Desk-nominated) assemble during the year to make plans that get derailed by personalities and a freak snow storm. The Mad Ones are known for their collaborative efforts. Some are co-artistic directors; some are co-writers (including their director Lila Neugebauer); everyone’s a contributor.

This bittersweet comedy about high-school committee work follows the teachers of Garrison High School, as the all-volunteer group organizes a telethon in the name of a much-missed student-athlete. The goal is to raise money for two scholarships in the deceased athlete’s name. Coach Sandra (Stephanie Wright Thompson), who always wears the same outfit or the stylish English teacher Julie Wyckoff-Barnes (Stacey Yen), who is married to the nerdy and sensitive Ken (Marc Bovino), make-up part of this mismatched slice of life .Wrestling coach Roddy (Joe Curnutte) rides the stationary bike to work off his anger and excess energy. Ken (Marc Bovino) thinks they should add a phone line and acting committee chair David (Michael Dalto) tries to manage everyone’s suddenly turbulent feelings. “Do we need a real-time check-in?” he asks Julie, after technology and stress get the better part of this group. Everyone’s feelings are listened and catered to and yet arguments go full throttle.

This show is an exact recreation from The Mad Ones critically acclaimed run at the Bushwick Starr Off Off-Broadway in 2016.

Miles for Mary plays on nostalgia, however if you are not nostalgic for that time frame and if slice of life shows are not for you, this show will bore you to tears. I was never one for group meetings and especially a series of them, no matter how well they are acted. This show is seriously well done, but the subject matter about hiding our feelings and time outs is long past.

Suzanna BowlingNovember 22, 2021
Read More
Scroll for more
Tap
Josephine – A Burlesque Cabaret Dream Play: A Great Star in Need of a Better Home
The Thing With Feathers or Obsession